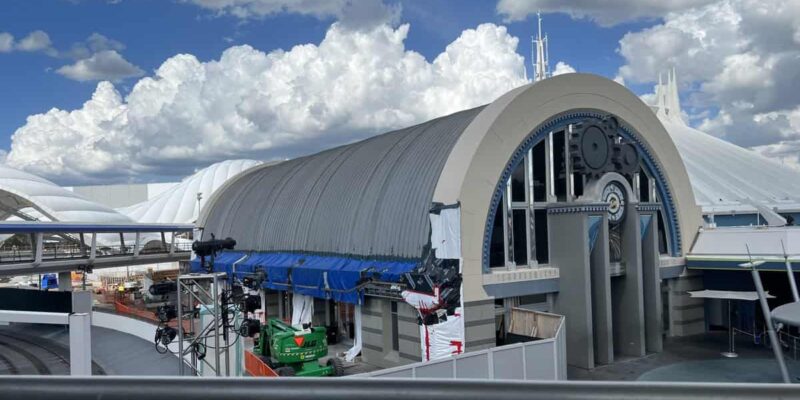 Walt Disney World Resort is home to many iconic attractions that bring in Guests from all over.

The Disney World theme parks, which include Magic Kingdom, EPCOT, Disney’s Animal Kingdom, and Disney’s Hollywood Studios, have numerous rides and entertainment offerings that are fun for the whole family.

One of the most popular rides day in and day out at Magic Kingdom is none other than Space Mountain.

The Tomorrowland attraction always has one of the highest wait times of any attraction in the Disney Park, and it’s because of its thrill level and unique atmosphere.

However, Disney Park Guests who recently visited the attraction noticed that there is a substance that looks like mold growing in the line queue.

Has anyone else ever noticed the amount of mold growing on these AC vents in the Space Mountain queue?

Has anyone else ever noticed the amount of mold growing on these AC vents in the Space Mountain queue? from WaltDisneyWorld

Some in the social media thread said it may be “green rust,” but several Disney World Guests said that they believed it was “definitely mold.”

“It’s definitely mold,” they said. “The amount of condensation on these vents is ridiculous. The room was not designed to have a roof over it and when they added the roof in the 2009 refurb they didn’t bother to update the AC system. Now that the bulk of the queue is in this room, a lot of heat is generated and these AC vents can’t handle it so they run all day and form a lot of condensation and then mold.”

Disney Cast Members work hard to keep ride areas clean. There have been reports of mold on several attractions recently, but this has not been confirmed by Disney World.

“Dip and careen into the inky blackness as a futuristic soundtrack echoes all around you. Fly past shooting stars and celestial satellites. Roar past streaking orbs of light, wayward comets and migrant meteors. Feel the pull of gravity as you’re drawn into a swirling wormhole!”

Have you noticed anything like this at Walt Disney World? Let us know in the comments!