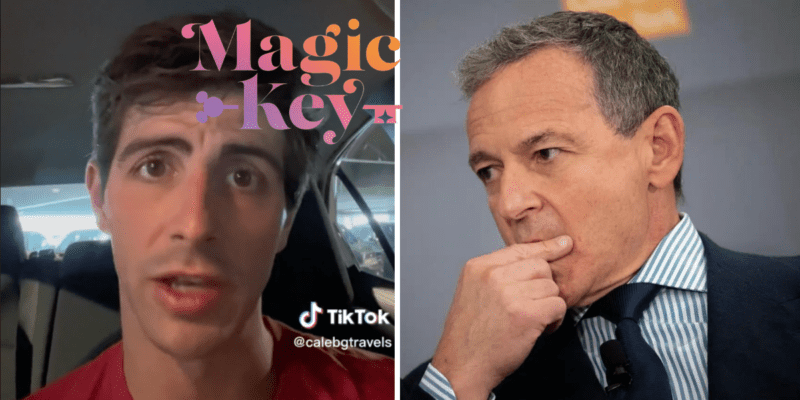 It’s a difficult time to be a Magic Key holder as block-out dates and Park Reservations continue to make visiting Disneyland Park and Disney California Adventure more difficult.  Passes sold out the second they went on sale earlier this year, even after former Disney CEO Bob Chapek referred to the Annual Passholders as “unfavorable” Guests.

Caleb (@calebgtravels) filmed this video before heading into Disneyland Park and Disney California Adventure on the last day before Enchant Key, Inspire Key, Imagine Key, and Believe Key holders were blocked out of the Disney Parks.

“Today is a little sad because this is the last day I can use my Magic Key at the Parks before the end of the year,” Caleb said. “If you haven’t been paying attention, this is the first year that.. all Magic Keys, even the top tier Inspire Key, have blackout days.”

Other Magic Key pass holders agreed. “I hate that rule too! I hope bob iger changes things,” said @pa_patric. “Yeah this is a bummer,” @makeupartistchrissy agreed.

“It was so sad for me as well,” @david.mdza wrote.

Another Magic Key holder, @danieltink67, offered a different perspective: “Not sad, but I am hoping this break shows how much Passholders are needed. #ghosttown.”

Are you a Magic Key holder affected by the new block-out dates? Please share your experience with us in the comments.