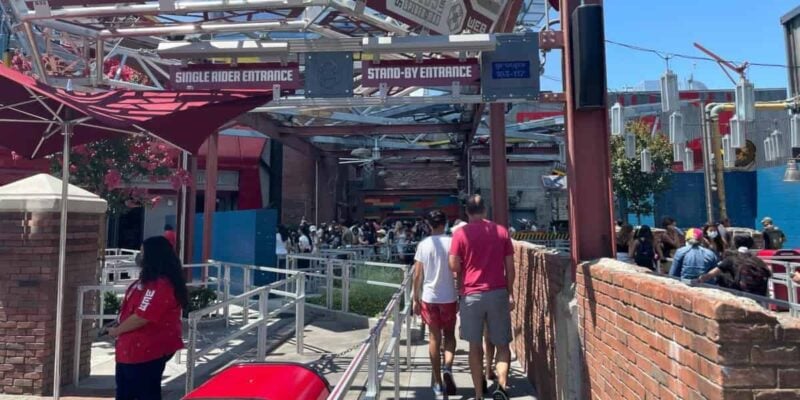 There is nothing more magical than taking a spin on your favorite Disney ride.

Walt Disney World Resort and Disneyland Resort are home to iconic attractions that draw in millions of Disney Park Guests each and every day. Haunted Mansion, Pirates of the Caribbean, Jungle Cruise, and “it’s a small world” have all been there from the beginning, but that doesn’t mean that Disney has simply rested on its successes.

One of the newest expansions for that brought Guests a new Disney ride to enjoy happened at Disney California Adventure with the Avengers Campus.

Guardians of the Galaxy: MISSION BREAKOUT took over the space where Twilight Zone Tower of Terror used to be, and a brand new Disney ride was erected in WEB SLINGERS: A Spider-Man Adventure.

In WEB SLINGERS, Guests help Spider-Man save the Avengers Campus from Spider-Bots that are running amok. However, it seems some fans are upset with the technology in the ride and think it could’ve been done better.

“Sorry but this is literally the worst ride at Disney ever,” one Guest said.

Another Guest said the attraction is “incredibly boring.”

“It’s so incredibly boring, I did it once during the virtual queue days and havent had the desire to go on it since. Such a gigantic missed opportunity, dont understand why they did a midway mania esque ride wheny the character they are basing it around is Spider-man, like cmon Disney,” they said.

“It’s just moving your arms for three minutes! I absolutely hate it!,” another Guest said.

WEB SLINGERS is set to close on January 9 and Disney has not announced when the attraction will reopen. At this point, it’s unclear what will be addressed during the ride’s closure and if some of the technology that Guests have noted “doesn’t work well” will be fixed during this closure.

What do you think of these comments about the Spider-Man attraction?