"He Was Genuinely a Nice Guy," Says Son of Late Walt Disney Animator - Inside the Magic 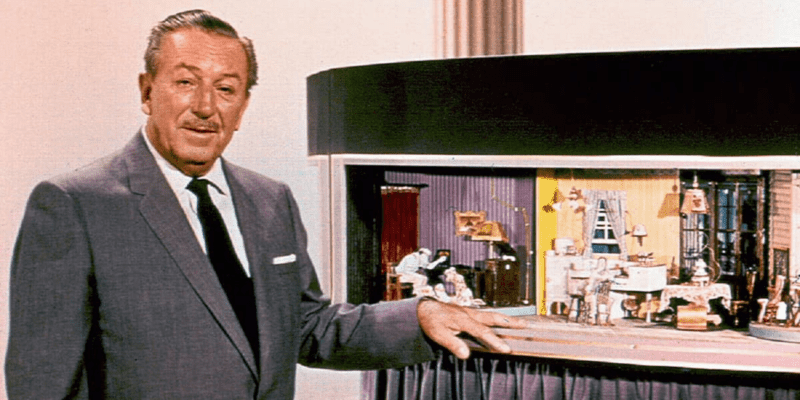 The son of a late Walt Disney animator humorously reminisced his time knowing the man who started it all in a recent viral video.

Walt Disney, the man who proved to the world that a suitcase and a dream are all you need to make a huge impact in the world, left a massive legacy after his passing in 1966. With two massive theme parks, Disneyland and Walt Disney World, planned and overseen by the man himself — which would later grow into some of the most popular family destinations internationally — many films that have become timeless classics, and a company about to celebrate its 100th anniversary, saying that Walter Elias Disney created a worldwide phenomenon would not be an overstatement.

Working alongside his brother, Roy Oliver Disney, a group of legendary animators and Imagineers, and Cast Members across his company, Walt Disney slowly but steadily grew his dreams until they became a reality for millions of people to enjoy for generations.

Recently, a witness of Walt’s legacy won the hearts of thousands of viewers after appearing in a viral video, drawing his best rendition of Mickey Mouse and talking about his experience with Walt Disney, saying, “he was genuinely a nice guy.”

The video was posted on TikTok by Yellow Duck NFT (@yellowducknft), an account that travels asking strangers to draw over the silhouette of a duck to create NFT art. In it, we can see Steven, who commented he and his wife were visiting California from Anchorage, Alaska, for the 61st reunion of Mira Costa High School, Class of 1961, as he started drawing on the “yellow” canvass.

Steve continued drawing, saying, “There we are. That’s the best Mickey Mouse I can do,” surprising Jimmy, the man interviewing him. Steven then commented his father had “worked for Walt for about thirty years,” adding that he was probably one of the few people left “who’s not on a heart-lung machine who can say ‘I met Walt,’ he was genuinely a nice guy.” Steven commented that his father had been a supervising animator for Maleficent in Sleeping Beauty (1959). However, pinpointing his father in the film’s credits is challenging, considering that his last name was not audible in the video.

“It was nice meeting you guys. Good luck!” said Steven after finishing his Mickey Mouse rendition and walking away, leaving a fine piece of art and a fascinating story behind.

One of our favorite videos we’ve ever posted We make every drawing into an NFT too! #waltdisney #disney #nft #nftartwork #alaska #hermosabeach #malificent

One of our favorite videos we’ve ever posted 😁 We make every drawing into an NFT too! #waltdisney #disney #nft #nftartwork #alaska #hermosabeach #malificent

The video has racked up over 65k views and 10k likes, in addition to hundreds of comments from viewers eager to hear more stories from Steven, his life, and his interactions with Walt Disney. Unfortunately, @yellowducknft has not posted any more content with Steven.

The Walt Disney Company recently announced a multi-year restoration and recreation project to bring an iconic piece of Disney history back to life. In addition, Disneyland was revealed to be the heart of the Disney100 celebrations, starting January 27, 2023. You can click here to learn more about the 100th-anniversary celebrations taking place at Disneyland Resort.

Are you excited about the celebrations of The Walt Disney Company’s 100th anniversary? Will you visit Disneyland Resort or Walt Disney World Resort for the occasion? Let us know in the comments below!