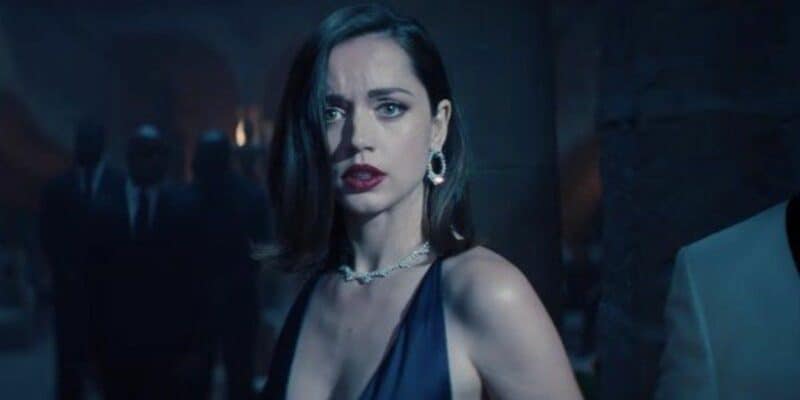 Fans have had enough of studios lying to them and took action into their own hands and went to court.

Fans have pointed out over the years how trailers have misled them into believing something special was going to happen, only to find out that it was a trick to get them into the theaters. With Sony, they placed Tobey Maguire’s Spider-Man onto a poster in the trailer for Jared Leto’s Morbius (2022) to convince fans that Spider-Man was going to show up. This didn’t happen and left fans upset about Sony’s greedy move to get more fans to watch the movie.

Other movies have done similar things by showing a well-known actress or actor in the trailer only to have them not appear for a single scene in the actual movie. For Yesterday (2019), the two fans watched the trailer, saw Ana De Armas, and then rented the movie. She didn’t appear, so after the movie’s betrayal, they decided it was best to sue Universal Studio for misinforming them about what to expect.

Related: Brendan Fraser Is Back and Here’s His Top Ten Movies

According to Variety, the fans filed their lawsuit in January, with the trial finally coming to a verdict almost a year later. Universal originally wanted to throw out the lawsuit claiming that the first amendment should protect their trailer. Their lawyers argue that the trailer is an artistic exploration of the movie’s themes and informs the audience of what the movie’s final cut will look like. Due to this, they argue the trailer should be considered “non-commercial speech.”

Universal looked over the history of movie trailers using Jurassic Park (1993) as an example. The movie, also created by the studio, used a lot of footage that never made it into the movie but engaged fans into understanding what the core themes of the movie were before seeing it.

Yesterday originally had Ana De Armas play a love interest for the protagonist, Himesh Patel, but early screenings made the studio change their mind as Patel’s initial love interest, Lily James, would be forgotten. To simplify the plot and confusion, they took out Ana De Armas’s role and moved on.

Sadly, the trailer led fans to believe she was still in the movie, which made sense for Universal because it would obviously attract more viewers. If the fans did their research, it’s possible they would’ve learned she wasn’t part of the cast, but they just watched the trailer and then rented the movie, only to find that Universal betrayed them.

U.S. District Judge Stephen Wilson oversaw the lawsuit and ruled in favor of the fans claiming that while Universal is correct that movies are artistic and free to reveal as much as they would like, fans are watching the trailer to decide whether or not to watch the movie and therefore shouldn’t see any deceptive material:

“Universal is correct that trailers involve some creativity and editorial discretion, but this creativity does not outweigh the commercial nature of a trailer. At its core, a trailer is an advertisement designed to sell a movie by providing consumers with a preview of the movie.”

This now opens up the possibility for fans to sue movie studios for deceptive marketing, which is great for fans to stand up to movie studios to avoid being further exploited, but it also means ANYONE can sue movie studios and claim they were deceived despite not paying attention to other details. Since it’s very subjective, it will probably become a legal nightmare for future cases.

The fans sued Universal for $5 million at the start of the lawsuit after only paying $3.99 for their rental, Yesterday. They claim the funds are “representatives of a class of moviegoers.” It’s unclear how Universal will continue with the case, but it’s not looking great for the company if they have to pay the fans millions of dollars.

What are your thoughts on the lawsuit? Let us know what you think!