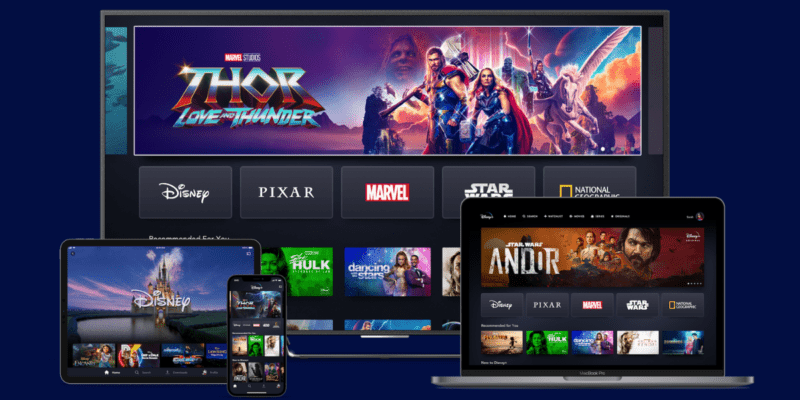 With the new ad-based subscription tier recently debuting on Disney+, fans are demanding a change to the platform.

Part of this massive success comes from Disney+, the company’s multi-million streaming platform, which recently grew even more after a $900M acquisition. While the platform offers thousands of hours of entertainment for all ages, fans demand a change after the latest update.

The company recently debuted a new “Ad-Supported” Disney+ subscription tier in the United States with over 100 advertisers across all major categories at launch, including Dentsu, Havas, Horizon, IPG, Omnicom Group, Publicis, RPA, Stagwell, and WPP. However, as a fan recently pointed out, these new ads are not exactly what Disney+ subscribers would like.

Tommy Stella (@tommy_stella) recently shared a tweet commenting, “It better be like Disney Channel where the ads are just for other Disney+ shows and sometimes Obi-Wan says ‘I’m Obi-Wan Kenobi and you’re watching Disney+’,” referring to the new ad-supported Disney+ subscription. While the idea is unlikely to happen, thousands of fans, yours truly included, would love to see these ads air on Disney+.

It better be like Disney Channel where the ads are just for other Disney+ shows and sometimes Obi-Wan says “I’m Obi-Wan Kenobi and you’re watching Disney+” https://t.co/lnB2FslcRV

Proof of this are the over 9K likes, 800 retweets, and dozens of comments from fellow Disney fans who would love to see characters from different Disney+ shows in these ads. “Hi y’all, I’m Miss Minutes from Loki and you’re watching Disney +!,” commented @SonicCrash378, while @rainbowmon2018 reminded fans that these Disney Channel commercials were called Wand IDs. Some users even commented they were willing to switch to the ad-supporter tier or resubscribe to the platform if they could see these commercials.

While the possibilities for these nostalgic commercials are endless, with The Mandalorian, Andor, Loki, Ms Marvel, Hawkeye, and hundreds of other Disney+ original series and specials, Disney has not released any official plans for creating and adding these commercials to the platform.

Disney is constantly trying to evaluate fans’ experiences to ensure the highest quality of the company’s products, services, and experiences, so if this motion gains enough attention, it might just bring the desired change to Disney+. In fact, Disney+ was changed forever by fans just months ago.

Do you remember Disney Channel’s Wand IDs? Would you like to see them make a return on Disney+? Let us know in the comments below!