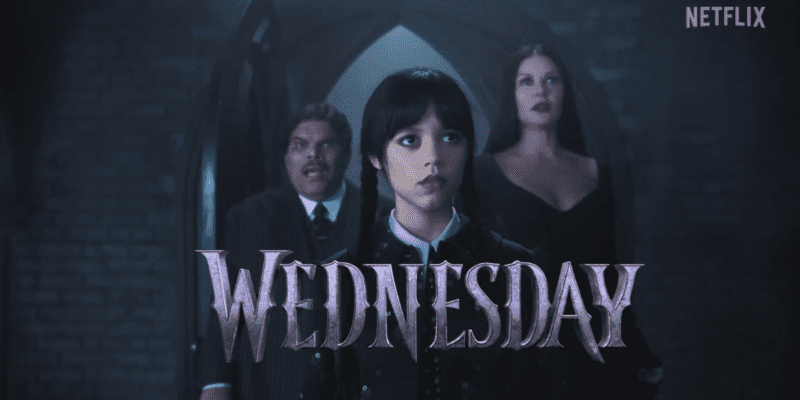 Disney has unknowingly been promoting a popular show from a rival company for years, foreshadowing a famous actress’ future.

There is no doubt that The Walt Disney Company is a worldwide entertainment mogul. The multi-million-dollar company owns Pixar, Marvel, Lucasfilm, and 20th Century Studios, in addition to Walt Disney Animation Studios and Walt Disney Studios, making it one of the most influential creators of entertainment content in the world. However, the company has unknowingly been promoting a competitor’s series for years while also foreshadowing a famous actress’ career.

Jenna Ortega, known for her latest role in the Netflix series Wednesday (2022), a new take on the story of the Addams family, has gained a place in the hearts of millions of fans worldwide due to her interpretation of the iconic character of Wednesday Addams. However, this isn’t Ortega’s first lead role.

While playing Harley Diaz, Jenna had a frequent line that foreshadowed her latest — and perhaps most famous — role, as Harley would often say something along the lines of “If my family was a week, I’d be Wednesday.” Disney recently made a nod to her current role as Wednesday Addams by sharing a reel of Jenna Ortega saying this iconic line during her time in Stuck in the Middle. You can see the video below or click here to watch it.

This one goes out to all the middle children. Stuck in the Middle is streaming on #DisneyPlus!

Ortega’s role as Wednesday Addams is the complete opposite of her Disney days, but considering the talented actress had decided to steer her career into darkest projects like season 2 of Netflix’s psychological thriller You, Scream and X, Wednesday is a perfect fit for her, especially after she’s been unknowingly manifesting it for years.

You can stream all episodes of Disney’s Stuck in the Middle on Disney+. And you can stream Wednesday on Netflix.

Are you streaming Wednesday on Netflix? Let us know what you think about it in the comments below!