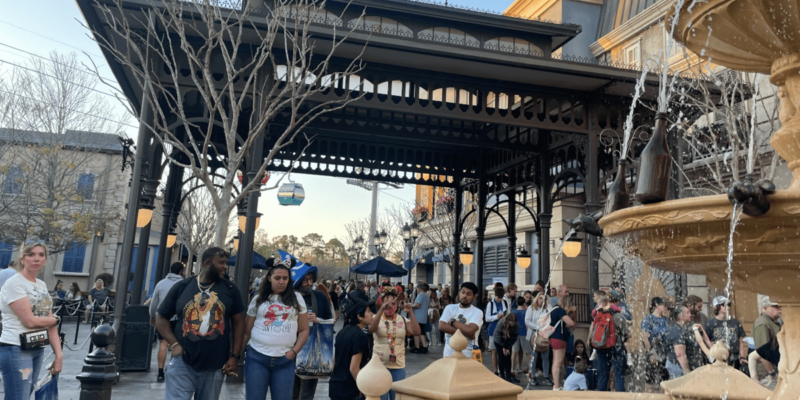 Walt Disney World Resort isn’t known as “The Most Magical Place On Earth” for just any reason.

Walt Disney World is home to four iconic theme parks, including Magic Kingdom, EPCOT, Disney’s Hollywood Studios, and Disney’s Animal Kingdom. The theme parks give Guests the opportunity to experience all kinds of fun and amazing attractions that simply can’t be experienced anywhere else in the world.

Walt Disney World has been in the midst of adding several fun attractions over the course of the last few years.

Star Wars: Galaxy’s Edge and Mickey & Minnie’s Runaway Railway just opened in the last half-decade at Disney’s Hollywood Studios. Guardians of the Galaxy: Cosmic Rewind opened this year at EPCOT. TRON Lightcycle/Run is expected to open in the spring of next year at Magic Kingdom, and Disney has already shared that it has major plans for expansions at both Magic Kingdom and Disney’s Animal Kingdom in the future, though we don’t know what those will be quite yet.

One of the most popular rides to take over a Disney Park recently is Remy’s Ratatouille Adventure.

The popular EPCOT attraction opened in 2021 and has been a popular ride for Disney Guests. Just recently, we learned through a report that Disney is changing the seats to a simple bench to accommodate more Guests. The ride previously had a small divider in the middle of the seats, but those have been removed to give a more comfortable experience.

Disney describes Remy’s Ratatouille Adventure as “a recipe for excitement.”

In this 4D ride experience, you’ll join Chef Remy on a daring culinary caper that will captivate all your senses as you zip, dash and scurry through the bustling kitchen, dining room and walls of Gusteau’s famous Paris restaurant. C’est magnifique!

What do you think of this change to Remy’s Ratatouille Adventure? Let us know in the comments!