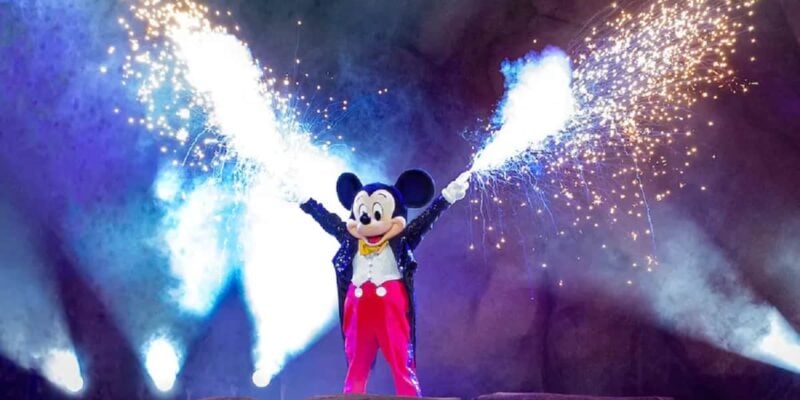 Each Disney Park sees thousands of Guests daily. While Disney World Guests are at ‘The Most Magical Place on Earth,’ they may see characters, ride attractions, and stop for popcorn and a soda, all the while being completely immersed in the magic.

Disney World has attractions for the whole family to enjoy, including Pirates of the Caribbean, “it’s a small world”, Haunted Mansion, Soarin’ Around the World, Frozen Ever After, Remy’s Ratatouille Adventure, Mickey & Minnie’s Runaway Railway, Star Wars: Galaxy’s Edge, Expedition Everest, Avatar Flight of Passage, and many more attractions. Guests that may want to do something different than riding rides can enjoy watching Disney’s shows like Fantasmic!, Festival of the Lion King, Finding Nemo: The Big Blue and Beyond, Beauty and Beast Live on Stage, and Harmonious.

However, with so many fun offerings returning, many Guests have wondered if a nighttime show could make its way back to Disney’s Animal Kingdom.

“With the 25th anniversary on the horizon, and no nighttime show having been performed since Rivers of Light closed in 2020, when(if ever) do you think they will create a new nighttime show for Animal Kingdom and what should it include?”

While many Guests would love Rivers of Light to return, if Disney were to add a new nighttime show to the Disney Park, they could look for potential IPs like Moana, Zootopia, and possibly even Encanto to be incorporated.

Nighttime spectaculars are some of the most popular offerings at Disney World Parks. Magic Kingdom’s Disney Enchantment is about to change back to the fan-favorite Happily Ever After, and we’re about to see an all-new show take over Spaceship Earth at EPCOT, replacing Harmonious, as well.

Do you think Disney’s Animal Kingdom will soon be adding a new nighttime show? Let us know in the comments what type of show you would enjoy seeing.