How to Skip the Line For Fantasmic! Show and Get the Best Seats - Inside the Magic 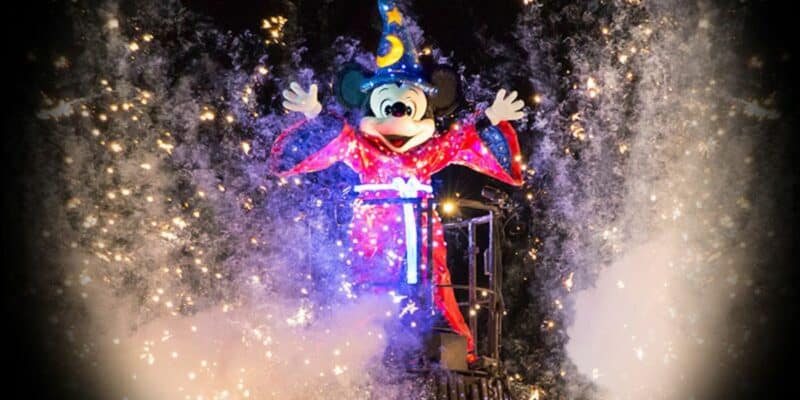 Walt Disney World in Orlando, Florida, and Disneyland in Anaheim, California, have a handful of entertaining shows.

Disney’s Hollywood Studios in Florida is the best place for Guests to see magical performances. Some of the most famous shows are Indiana Jones Epic Stunt Spectacular, Muppet Vision 3-D, Beauty & the Beast Live on Stage, and For the First Time in Forever: A Frozen Sing-Along Celebration.

Guests can see live entertainment such as Tale of the Lion King and Walt Disney’s Enchanted Tiki Room at Disneyland Park.

While Disneyland doesn’t have as many shows, the California and Florida Theme Parks have one extraordinary performance. Of course, we’re talking about Fantasmic!

“Fast asleep, Mickey Mouse dreams that he is a mighty sorcerer’s apprentice with the power to control water, color and magic. The Disney Villains—including Maleficent in the form of a towering, 40-foot-tall dragon—turn Mickey’s dream into a nightmare, but don’t underestimate the power of Mickey’s imagination!”

Recently, changes were made to the show to include some newer animated films like Moana and Frozen 2. Some of the movies featured in the original Fantasmic! production returned as well: Aladdin, Pocahontas, Beauty and the Beast, The Little Mermaid, Mulan, and The Lion King.

Every Disney fan wants to attend the show before their visit is over. In saying this, it’s no surprise that the lines have been insane for the attraction. However, there is a helpful tip that Guests can use to have a great view and bypass the line.

TikTok user @lbvtvtiktok reminds Guests that Walt Disney World and Disneyland have reinstated the Fantasmic! Dining Package. Check out the video below.

The video explains that Guests can choose their favorite restaurant at Disney’s Hollywood Studios and then receive great seats to Fantasmic! The prices aren’t all that bad for the amount of food you receive and the reserved viewing area, according to the comments.

With this bundle, Park-goers can eat a delicious meal and attend Fantasmic! with reserved seating. California and Florida Parks differ in prices and dining options.

What do you think about this Dining Package? Let us know in the comments.

Comments Off on How to Skip the Line For Fantasmic! Show and Get the Best Seats