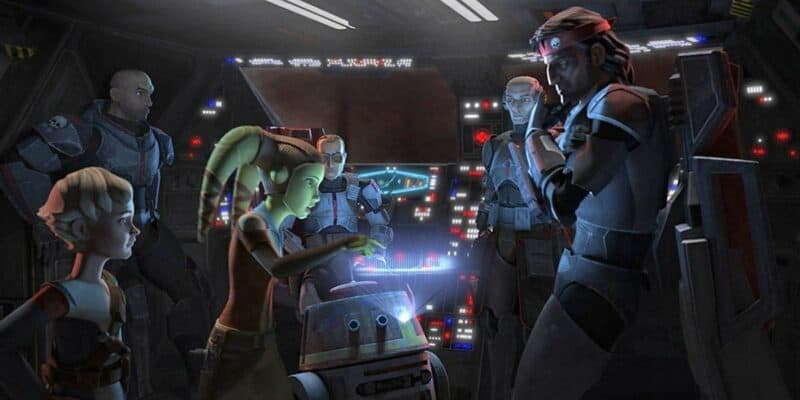 The Bad Batch Season 2 will have some crazy moments to look forward to, but it will also make history with a new streaming model.

Most Disney+ series don’t have more than eight episodes meaning they can normally release one or two episodes at the premiere and let the rest drop weekly. Now, other series and projects have released more episodes in bunches, such as Diego Luna’s Andor, having 12 episodes and released three of them right when the series launched.

Other projects like Daredevil: Born Again will have around 18 episodes which is a lot. They may benefit from a different format to concentrate engagement and allow other Disney+ series to enter the conversation. With The Bad Batch, Star Wars will use a new strategic model to get more episodes out while keeping fans engaged for weeks.

With 16 episodes, The Bad Batch Season 2 is no joke regarding content. Sure, every episode is 25 to 30 minutes long, but they are jam-packed with memorable moments. The Star Wars website revealed the schedule for the episode, and the new model includes releasing double episodes for the premiere, midseason, and finale.

This will generate more hype and increase engagement as more fans will probably watch the series on those days to avoid missing out on what’s happening.

Here’s a list of the episodes with their titles:

Born Again could definitely benefit from a model like this, and other potential projects could do the same. While having a few episodes drop at the premiere is good, The Bad Batch might prove that releasing some during the midseason and finale could be a good move for future projects with more episodes or wanting to increase their engagement.

This model isn’t meant for the traditional six to seven-episode series, and that’s okay. Not every series needs to follow the same schedule, as fans like to have some diversity and, in the end, be excited for what’s to come every week. If Andor only did one episode per week, it may have been hard for fans to wait two weeks for the climax of the first arc that made it worthwhile.

Are you hoping to see this streaming model appear elsewhere? Let us know what you think!