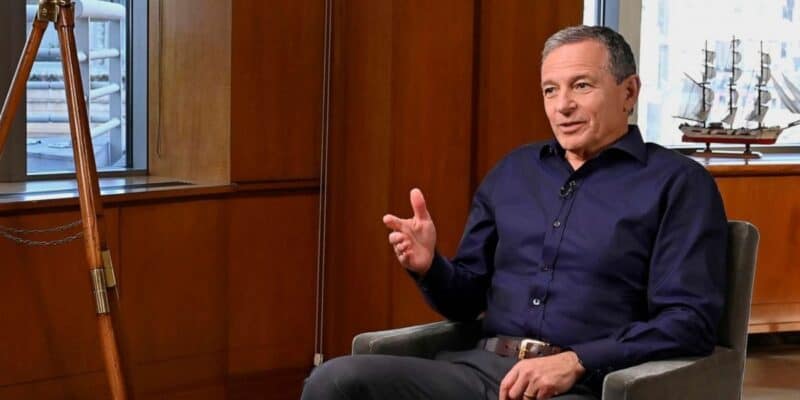 Bob Iger shocked Disney fans last month when he announced that he would return as CEO of The Walt Disney Company, replacing the man he previously selected for the role, Bob Chapek. Iger is rumored to have voiced dissatisfaction with many of Chapek’s decisions and has quickly gotten to work on revamping Disney’s public image.

Sandy Hook Promise was started by the parents of the victims of the tragic shooting at Sandy Hook Elementary School on December 14, 2012. The organization aims to educate students and parents on the warning signs of gun violence to stop it.

During his speech, Iger praised the mission of Sandy Hook Promise and said preventing gun violence “should be among our highest priorities.” According to The Hollywood Reporter, Iger was honored thanks to his support of gun reform and Sandy Hook Promise’s Start With Hello initiative, which works to prevent social isolation.

“As a grandfather, as a father, as CEO of The Walt Disney Company, I believe there is no greater or more important task than ensuring the safety and well-being of our children,” Iger said. “Those of us who are in positions to affect change, whether it’s by influencing laws of shaping culture or supporting organizations on the frontlines, I think we have an extra responsibility.”

Iger has walked a tightrope with Disney’s involvement in hot-button issues. He recently called for the company to stay out of politics and criticized Chapek’s handling of Florida Governor Ron DeSantis’ “Don’t Say Gay” law. However, he also noted that he explicitly supported LGBTQIA+ Disney Cast Members and fans.

What do you think about Iger’s comments?