"Disney Deserved That Burn", Disney's Own Prematurely Canceled Show Calls Them Out - Inside the Magic 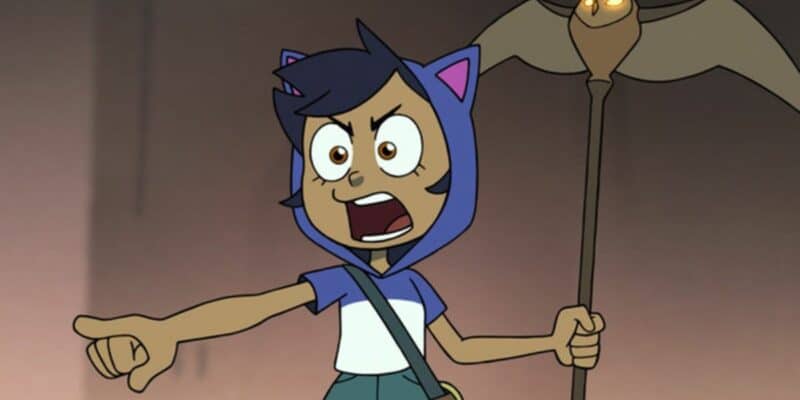 It seems that Disney’s very own show won’t hesitate to call them out.

The Walt Disney Company under Bob Chapek’s reign underwent some rather unfortunate changes, particularly when it came to their streaming platform Disney+ and its slate of shows — that might have actively helped to ruin Disney’s reputation.

Despite ex-CEO Bob Iger’s return to The Walt Disney Company, there had already been several changes put in place — and those actions inevitably trashed some beloved gems.

The Owl House is a TV show utilizing 2D-animation originally created for the Disney Channel, that premiered in 2020. It features Luz Noceda (Sarah-Nicole Robles), a regular teenage girl who discovers a mysterious portal that takes her to a magical world called the Boiling Isles. It’s a world of strange creatures, magic, and mystery, and while there, Luz eventually meets with “The Owl Lady”, Eda Clawthorne (Wendie Malick), King (Alex Hirsch) and Hooty (also Alex Hirsch). While searching for a way home, Luz befriends other kids who live there and attend magic school together — Willow Park (Tati Gabrielle), Gus Porter (Issac Ryan Brown), and Amity Blight (Mae Whitman) — who all help to uncover the secret of the Boiling Isles, and the mysterious Emperor Belos (Matthew Rhys), as well as Eda’s sister, Lilith Clawthorne (Cissy Jones). New friends like Raine Whispers (Avi Roque), and even Hunter (Zeno Robinson) join the motley crew in their fight against the Emperor.

Taking a clip from Episode 19 of the Second Season of The Owl House, titled O Titan, Where Art Thou, an observant fan @Kartbro48 notices a callout to Disney aimed at the executives who cut their “adventures” short:

The callout to disney

The callout to disney pic.twitter.com/ay1A4XE0Ot

Here, The Owl House has protagonist Luz Noceda speaking to Eda Clawthorne, seemingly determined to rescue a stuffed toy for their friend, King. Eda questions this determination, asking if Luz would “rather have a beach day” instead (alluding to stories and episodes unmade and unexplored) when Luz very pointedly (and annoyedly) responds that she would, “if we had time for 20 more adventures — but we don’t”.

This is a reference the fact that the show was canceled unceremoniously despite growing a massive fan following, with The Owl House Season Three heavily reduced to only three episodes. The Owl House showrunner Dana Terrace personally came out with this information during a Reddit Ask Me Anything (AMA) session, revealing that the show had been canceled due to the fact that “one guy” back then wanted a chance “to be done” with the show, and she as showrunner was “just told” — not allowed to take any part of the conversation. In hindsight, it was likely part of the series of moves that Bob Chapek undertook to refine the Disney+ streaming service to his liking — even if it wasn’t his personal doing. The Owl House seemingly did not make some sort of new internal metric, or please one of the executives at the time (despite its legion of followers) — and therefore, it did not make the cut.

Dedicated fans have in fact come out in response to this segment of the show, that is now being viewed from a different perspective after the news about the severely shortened Season Three, and the show’s premature axing.

Patrick Steele-Bodger praised this jibe at Disney from The Owl House‘s creators on Twitter:

Very good callout to some of the guys at Disney who claimed TOH “didn’t fit the Disney brand”, which the show defiantly deserves it! Also counts as a 4th wall break.

Very good callout to some of the guys at Disney who claimed TOH "didn't fit the Disney brand", which the show defiantly deserves it! Also counts as a 4th wall break.

While @Garth2the2ndPwr explicitly calls Bob Chapek out for this decision:

That line gets to me every time! Damn chapek!!

That line gets to me every time! Damn chapek!! pic.twitter.com/80QmDmD5ux

Like, they weren’t even asking for one or two additional season pick ups, just the basic 20 episodes seasons 1&2 got. That’s when you KNOW the S3 episode cut was depressing.

Like, they weren’t even asking for one or two additional season pick ups, just the basic 20 episodes seasons 1&2 got. That’s when you KNOW the S3 episode cut was depressing.

User @KylerStano also praises the show’s creators, and believes that Disney got what was coming to them:

Flipping the owl at Disney

Flipping the owl at Disney

The backlash is palpable, though perhaps not on the same level as the movement after the Warner Bros. Discovery merger — back when fans were actively seeking to fire the WBD CEO. Though The Owl House has clearly garnered a sizeable and dedicated following in its own right, it’s a definite shame that whatever the Disney executives did not see at the time means that its full story and potential will never be told.

What do you think of Disney getting called out by The Owl House? Share your thoughts in the comments below!