Cast Member Loudly Accuses Guest of Scamming Due to Technical Error, Never Apologizes - Inside the Magic 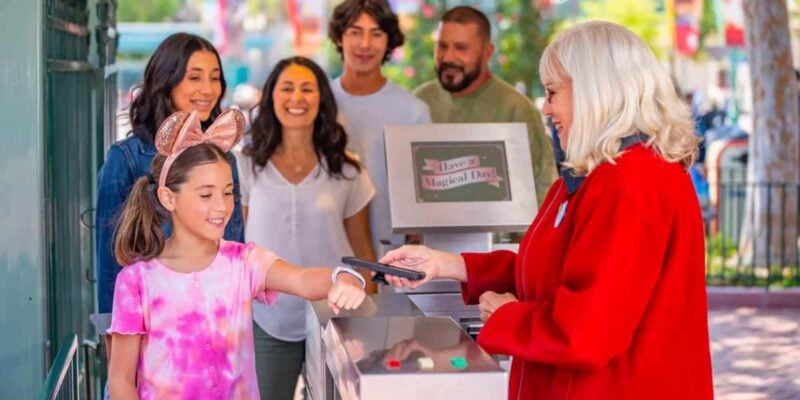 At Walt Disney World Resort, Guests can tap their MagicBands on Mickey Mouse-shaped touch points to enter the Disney Parks or use Lightning Lanes. These touchpoints also feature a fingerprint scanner at Park Entry.

Though these magical bracelets offer a better Disney Parks experience for most Guests, they have imperfections. For one Guest, a faulty MagicBand was the cause of a “humiliating” experience at Walt Disney World Resort last week.

Reddit user u/nameisinusetryagain recalled attempting to enter one of the Disney Parks when their daughter’s ticket showed up as an “expired ticket” from a few years ago. Everyone else in the family could enter the Disney Park, so the Guest knew it was a technical error. But Disney Cast Members didn’t believe them.

“The gate staff absolutely said very loudly that my daughter was trying to scam in on an expired ticket,” the Guest wrote. “Said it loudly and other guests were giving us dirty looks for (in my mind) #1 disrupting their smooth entry into the park and #2 for being scammers.”

“We were not scammers. WE BOTH had fully paid 3 day park hopper tix,” the Guest continued. “It was embarrassing and humiliating and neither the gate cast member or the guest relations cast member ever apologized for making a scene about it. I understand that computer glitches happen. But how you treat guests is fully under your control.”

The family eventually entered the Disney Park, but the Guest stayed up all night wondering if this would happen again the next day. Thankfully, it wasn’t a repeated issue, and the Guests enjoyed their vacation.

Have you ever experienced an error with your Walt Disney World MagicBand or Park Ticket?

Comments Off on Cast Member Loudly Accuses Guest of Scamming Due to Technical Error, Never Apologizes