Bella Thorne Bashes Disney, Nearly Fired For Wearing A Bikini As A Teenager - Inside the Magic 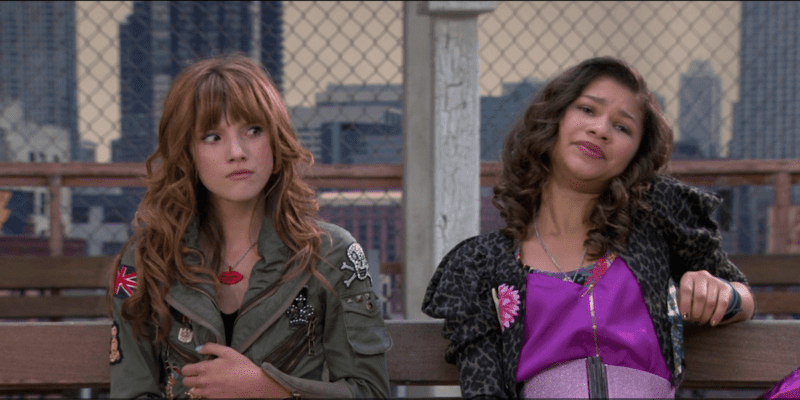 Bella Thorne reveals that Disney nearly fired her after a viral video made fans demand the actress be let go.

Thorne isn’t a Disney sweetheart anymore, as the former actress left the Disney channel years ago. After starring with Zendaya in Shake It Up, Thorne pursued a career in other entertainment that Disney probably frowns at. While Thorne has made the most of her time pursuing projects and opportunities that please her, she felt it was time to highlight some of the questionable decisions Disney made with her.

Everyone knows that Disney has to protect their image. After being known as the “family-friendly” company, Disney made large efforts to make sure their actors were always following guidelines to avoid any controversial drama. Thorne was held to higher standards as a Disney icon and one day at a beach was a step too far for Disney.

According to Variety, Bella Thorne went to the beach in a two-piece swimsuit at age 14, and a fan took a picture of her attire, and the Internet made the picture go viral. The next day, Disney was considering firing the actress for her clothing choices:

“One time I almost got fired off the Disney Channel because I was 14, and I wore a two-piece on the beach. This stylist that I was hanging out with put this chain on me that’s, like, a body chain. I don’t know? I don’t care. There was a fan, they got a photo of me on the beach. I almost got fired. It was all over the media, it was literally viral in that time. It was, ‘How dare this little girl do this? This is so disgusting.’”

Disney told the star that she needed to wear “boy shorts” and a T-shirt next time she went on a beach trip:

“They were like, ‘Hey, we’re getting a lot of heat for this. Everyone’s getting heat for this because you’re in a bikini on a beach, so she needs to make sure she goes out in boy shorts and a loose t-shirt next time she’s at the beach.’”

While wearing a body chain or whatever it was and a two-piece swimsuit doesn’t scream family-friendly, it’s odd that Disney was willing to fire her just like that. It’s one thing for Thorne to wear clothes that she shouldn’t without knowing — if she truly knew that it would backfire and risk her Disney career, she would’ve worn something more modest — and for Disney to be fine losing one of their stars like that is concerning.

Thorne has obviously left the Disney umbrella for good, but the company no longer holds onto the same “family-friendly” image as well due to their streaming platform forcing parents to add parental controls to avoid kids getting into content that is not meant for children.

With Marvel adding more TV-MA and R-rated content, Disney will soon have more content dedicated to adults than ever before, making these moments with actresses like Bella Thorne feel bizarre when Disney was ready to let go of one of their stars for one controversial look at the beach.

Truly, the world has changed since then, but it doesn’t mean that Disney should get a pass for protecting their image when they are willing to make exceptions for more questionable things now. Disney has truly changed, and it’s good to remember what they were willing to do back then compared to now.

Do you think it was right for Bella Thorne to almost lose her job for her bikini backlash?

Comments Off on Bella Thorne Bashes Disney, Nearly Fired For Wearing A Bikini As A Teenager