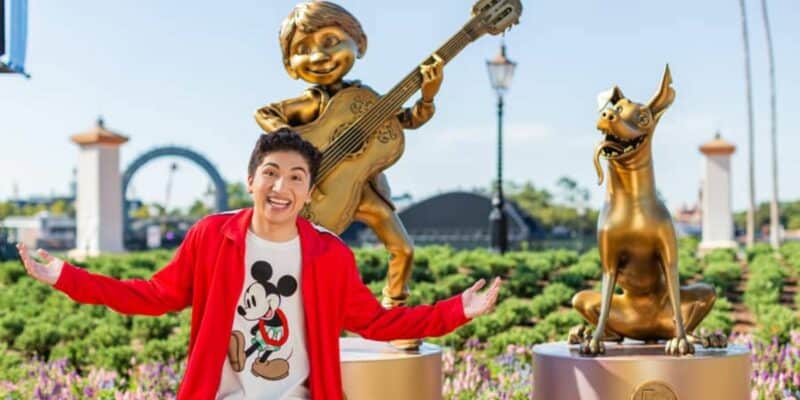 Coco (2017) was an iconic Disney-Pixar movie, opening the door for many legendary movies to follow, such as Encanto (2021) and Raya and the Last Dragon (2021). The film also featured award-winning music as well. One noteworthy song from this film is “Un Poco Loco,” sung by Anthony Gonzalez, who voices the main character Miguel.

However, since Anthony was about ten years old when he recorded that song, his voice has changed since then, as demonstrated in a new TikTok.

A TikTok from @jarredjermaine identified the origin of the viral TikTok sound as being the song “Un Poco Loco” from Coco. In response, Anthony Gonzalez, also known as @anthonygonzalez_official on TikTok, posted a stitched video explaining how he had recorded that song when he was ten years old.

The now 18-year-old actor then went on to say that this is what Miguel would sound like now and proceeded to sing a portion of “Un Poco Loco.” He sings the song beautifully, and you can hear how his voice has changed and matured since the original recording.

Fans in the comments were astounded at how beautiful his voice is now, with some calling it “angelic.” Others talked about how much they loved Coco and wanted a sequel to show Miguel when he was older.

Some even remembered hearing Anthony sing at EPCOT last year and were even in shock at hearing him sing then.

Though we don’t know if Coco will ever get a sequel, we do know that Disney World is planning to potentially include a Coco-themed land in its upcoming expansion near Big Thunder Mountain Railroad in Magic Kingdom, along with the potential for Encanto, Zootopia, and Disney Villain-themed lands as well.

For those unfamiliar with this film, here is a description, per Disney+:

In Disney-Pixar’s vibrant tale of family, fun and adventure, an aspiring young musician named Miguel (Anthony Gonzalez) embarks on an extraordinary journey to the magical land of his ancestors. There, the charming trickster Hector (Gael Garcia Bernal) becomes an unexpected friend who helps Miguel uncover the mysteries behind his family’s stories and traditions.

What do you think of Anthony Gonzalez’s voice now? Would you want to see him reprise his role in a Coco sequel?