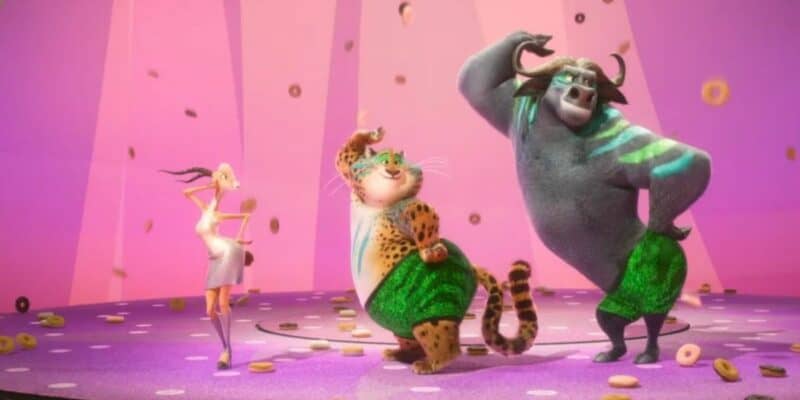 Towards the close of 2022, Disney’s Zootopia has seen plans for an upcoming expansion to the Animal Kingdom Park in Walt Disney World, a spinoff series on Disney+, and a few new pieces of merchandise popping up in places like Disney Springs (as seen in this Reddit post), and ShopDisney. Could this mean that the company is slowly reintegrating the film into its main line of extended animated material?

It’s not that Nick and Judy have fallen out of favor, but they haven’t been as prominent in or out of the Parks since their film premiered. In spite of its phenomenal success, reviews, and vocal fanbase, Zootopia seems to have fallen to the wayside until recent years. However, Disney might be slowly realizing the error of their ways.

When the movie first hit theaters in 2016, it was met with massive acclaim. It was a hit with critics, it was 98% fresh on Rotten Tomatoes, and it took home the Academy Award for Best Animated Feature at the 2017 Oscars. It was something different to stand out from the typical fairytale musicals the company had seen with previous entries. Debuting shortly after Frozen and Big Hero 6 and just months before Moana, Zootopia was indeed something of a wild child. With its use of mature storytelling, lovable animal characters, gorgeous art design, and an anti-prejudice message the world desperately needed to hear, you would think that Disney would want to make this film its biggest project since Elsa and Anna’s pop culture takeover. So why didn’t they?

Related: ‘Zootopia’ Franchise Gets Its Own Spinoff

For those who haven’t seen the film, Zootopia tells the story of Judy Hopps, a plucky and optimistic rabbit who pushes herself out of the Burrows and lands her dream job working as a police officer at the ZPD. When a number of the city’s mammals go missing, she has to team up with the foxy con-artist, Nick Wilde, to find them in 48 hours. What began as a buddy-cop-comedy soon turned into a parable about prejudices that struck a whole symphony of chords with viewers everywhere. For a while, it even seemed like the fox and bunny duo would topple Disney’s pair of princesses from Arendelle. Audiences loved it, the film was a massive success, it won awards, and presented a different sort of narrative than the company was probably used to. Why wasn’t this Disney’s next big thing?

Simply put, there isn’t one cohesive answer as to why the film wasn’t expanded upon earlier. You could chalk it up to the studio wanting more focus on Frozen and its then-upcoming sequel, Disney pushing more interest in Moana and the building of their live-action-remake universe, Marvel preparing for their next phase, and many other factors happening behind the scenes, but a definitive conclusion is anyone’s guess. The point that remains is that after years of lying dormant beneath a slew of other animated features like Moana, Finding Dory, Onward, and so on, Nick and Judy are biting and clawing their way out of the urban jungle to return to center stage. 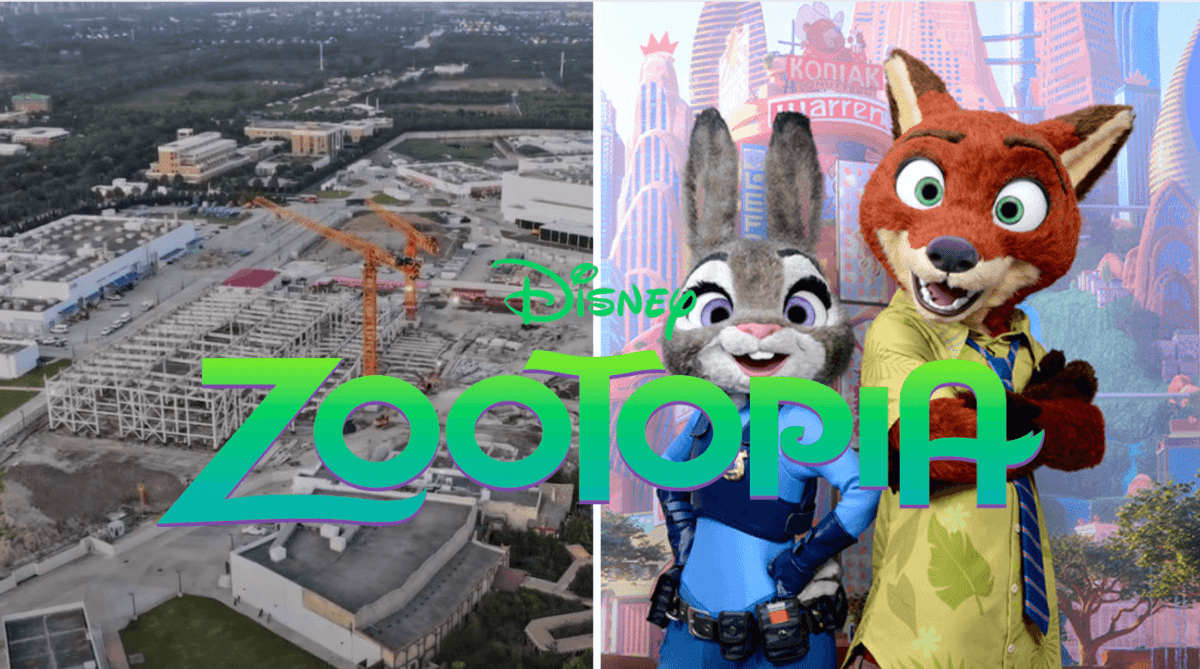 Granted, things have started out really small by Nick and Judy appearing in more merchandise, then becoming special characters in the Parks after a long absence, but then fans were teased with the artwork for Zootopia+ on Disney+ Day. Shortly after, rumors of possibly two sequels started to grow along with construction on a Zootopia-themed city area for Shanghai Disneyland. Now it looks like Nick and Judy will be joining Moana in some expansions for Walt Disney World in Orlando Florida at Disney’s Animal Kingdom. The only questions that remain are “why here” and “why now.” Although it might seem a dollar short and a day late, many fans, while happy, are wondering what took Disney so long.

Related: ‘Zootopia+’: Where Are Nick and Judy?

Why the sudden interest in a Disney Park expansion, and why the sudden return to the streets of Zootopia? The first question is perhaps the easiest to answer, as DinoLand U.S.A. slowly sinks into the tar pits of Park Rides Past. While founded on Michael Eisner’s good intentions, DinoLand felt much more like a last-minute addition to Disney’s Animal Kingdom. Especially since they could have had Dragons and unicorns in the scrapped “Beastly Kingdom.”  With the exception of the Dinosaur dark ride, the rest of the area felt like a cobbled together collection of county fair rides with a prehistoric paint job. Eisner was trying to make a family-friendly answer to Universal’s Jurassic Park attraction, but the attempt simply didn’t fit in with the rest of the Park’s otherwise perfectly-themed areas and settings. However, a Park area inspired by a film with an entire cast of animated animals would not only fill that family-friendly theme, but the overall motifs and messages of Disney’s Animal Kingdom as well.

Not only is Zootopia a great setting for Disney’s Animal Kingdom, but it would also allow for more educational opportunities surrounding the city’s enormous range of biomes and species. A Park area inspired by the six districts that make up the enormous city of anthropomorphic animals could open the door for more biological and zoological exhibits. Foxes and rabbits aren’t the only residents in the city, and the Park is already loaded with several animals on display that make appearances in the animated film. Plus, Meet and Greets with Nick and Judy outside of a parade or special event like Mickey’s Very Merry Christmas Party would undoubtedly reignite love for the movie and its characters.

But how can fans be sure that this is indeed the route Disney is taking? Does the studio really have a solid interest in returning to Zootopia and possibly making it into a franchise? Whether they realize it or not, Disney has been slowly filtering Nick and Judy back into the public eye. The fox and rabbit rejoining the Magic Kingdom’s parades and cavalcades after the 2020 pandemic, joining the collection of nuiMOs plush in March of 2022 (along with other new pieces of merch), and further developments from Shanghai Disneyland’s upcoming Zootopia attraction are all just the tip of the big furry iceberg. That all being said, it was the introduction of the spinoff series on Disney+ that serves as the smoking gun.

With the addition of their own animated series on Disney+, the citizens of the six districts are well on their way to making a massive comeback. Think of Zootopia+  as the litmus test for further exploration into the franchise. This could be interpreted as Disney making sure that there is indeed still an audience for more animated animal antics. In an interesting twist, the series has pulled Nick and Judy out of the spotlight and allowed the secondary and supporting characters from the original film to take center stage. Reintroducing these characters not only regenerates interest in the original film, but has the potential to induct new members to Zootopia’s fanbase. It’s not exactly The Mandalorian or Moon Knight, but a seed has definitely been planted to generate buzz in its direction, possibly even a full-on feature-length sequel.

While the sequels are still in speculation territory, the desire for them has been circulating the fandom since the original film premiered six years ago. Until then, however, an expansion in the Animal Kingdom might be the more probable option on the table. Though no construction has officially begun outside of Shanghai, the groundwork and the audience are both ready and waiting to see further development from Disney. With Zootopia+ landing on the studio’s streaming service, new merchandise slowly trickling in and out of the Parks, and Nick and Judy coming out of retirement to make more Meet and Greet appearances, it seems like Disney is realizing the golden opportunity they’ve been sitting on for years now.

Every solid case for the ZPD has to have its convicting evidence, and Disney’s constant stream of clues regarding interest in the near-forgotten film has been growing like a bouquet of Night Howlers. As if slowly recovering from Frozen fever, the studio is bringing back one of their many unsung heroes and reuniting Nick and Judy for another adventure. Considering the evidence in the case for a return to Zootopia, the studio has slowly but surely been building quite the impressive case file.

Let’s review the evidence presented. Thus far, Disney has incorporated Nick and Judy back into their merchandise line, brought them back to the Parks as Meet and Greet characters, began production of an area and attraction for Shanghai Disneyland, teased logical and probable plans for an expansion at Disney’s Animal Kingdom, and created a new spinoff series on Disney+ That doesn’t exactly fit the description of a project the company has little interest in. It might be due to the changing audience demographic, the desire for more intimate and thought-provoking mature storytelling, or simply a realization that one of their most popular films has been on the verge of obscurity for the past six years, but it looks like Disney is indeed pursuing new angles for Zootopia, even if it’s at a sloth’s pace at the moment. All fans can do right now is wait, watch, and enjoy the material the studio has already released.

Do you think Zootopia has a future with Walt Disney Pictures in and out of the Parks? Tell us in the comments below!