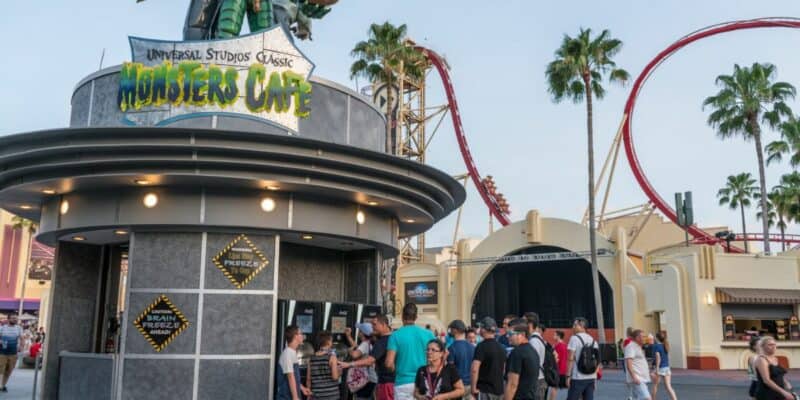 The Universal Studios Resort in Orlando recently revealed that it would be closing Woody Woodpecker’s KidZone next year to make way for even more new experiences. And as of today, this trend of closures is continuing with another Universal Monsters-themed location.

This was confirmed by Inside Universal (@insideuniversal) on Twitter:

The Monsters Cafe Bone Chillin’ Refreshment stand has gone to the big giant archway in the sky. @UniversalORL

The Monsters Cafe Bone Chillin’ Refreshment stand has gone to the big giant archway in the sky. @UniversalORL pic.twitter.com/4K4cP4hstK

As you can see, Bone Chillin’, the last remnant of the Universal Studios Classic Monsters Café, is now permanently closed at the Resort. The stand officially closed on November 6. The webpage for the stand is now defunct as well. The stand was famous for its treats as well as the three rotating, life-sized Universal Monsters on top.

As for what’s replacing this small location, we aren’t sure yet, as Universal has not made an official statement. As we said, Universal’s KidZone will be shutting down in 2023. Five total attractions will shut down for good on January 16, 2023, meaning Guests only have a few months left with these experiences.

As for what could be replacing this area, it’s completely up in the air at this point. Universal only states that the theme park will be working to bring “exciting new family entertainment” that will “immerse guests in the adventures of beloved animated characters.” Thankfully, the E.T Adventure will remain in the Park among a few other attractions.

And don’t forget, Universal is currently working hard on its newest Park, that being Epic Universe. Not much is known about the new Park, but it will be Universal’s largest Park in America when it opens. An official date is also not known yet, but we can expect it to open up sometime in 2025.

Stay tuned here at Inside the Magic for further updates!