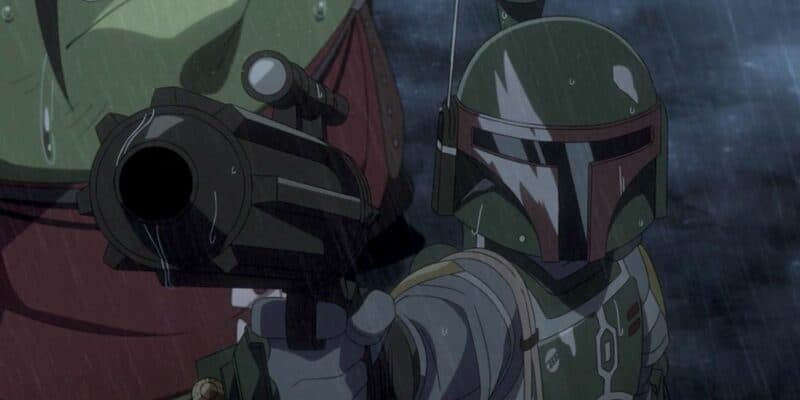 Joint projects with Lucasfilm may have been common back in the early 2000s, but the company has focused more on creating new projects than working with other studios. Now, a new collaboration might change that with a new ‘Star Wars’ project announced.

Star Wars: Visions was Lucasfilm’s first major collaboration in a long time. Not only did it bring several anime studios to work on Star Wars, but the anthology of shorts made a promise that none of the stories would be canon leaving the door wide open for storytelling.

This led fans to get some fantastic stories with nothing held back. Now, fans can expect a second of Visions to drop in 2023. Star Wars animation has gained momentum over the years with several successful projects such as The Clone Wars, Star Wars: Rebels, The Bad Batch, and Tales of the Jedi proving that Star Wars belongs in live-action and animation.

This new era of collaborations has opened a lot of doors meaning that fans can see more fresh looks at the franchise, which is never a bad thing because even if there are a lot of projects that aren’t interesting to some fans, others are bound to gravitate towards one of them.

Japanese animation company Studio Ghibli has announced that they are working with Lucasfilm on a new Star Wars project. Being well-known for its work on projects such as Spirited Away and My Neighbor Totoro and countless other animations, the company will be working on something set in a galaxy far, far away.

Studio Ghibli is currently working on a feature film called How Do You Live? with Hayao Miyazaki, but it seems that their next project will probably be something like Star Wars: Visions, but with a more developed story.

Here’s a teaser confirming their collaboration:

The Japanese company has done a lot of great projects and will probably create something that won’t be set in Star Wars Canon, but there’s also the chance it will. If it does, fans might be more intrigued with the project, but if they don’t, it just means that the studio doesn’t have to worry about breaking canon when writing the script.

Star Wars anime might begin to have a bigger focus in the upcoming years as Star Wars: Visions and this new collaboration prove that Lucasfilm sees an opportunity to bring more of that storytelling style into the Star Wars universe. In the end, Star Wars is meant for everyone, and not everything will be liked by every Star Wars fan, and that’s okay.

Unlike live-action, animation has no limits regarding the story’s scope, as anything can happen in the series. For all we know, Studio Ghibli could make a story about the Zillo Beast ravaging Coruscant or about a small girl traveling the galaxy. The endless opportunities are bound to be a fun watch, even if the story doesn’t include any Jedi or Sith.

Are you excited about this new Star Wars project? Let us know what you think!