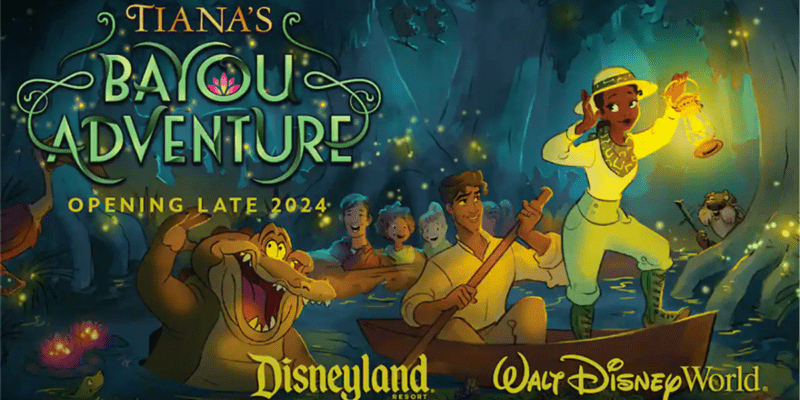 Some of the last Guests are riding Splash Mountain at Disneyland Resort ahead of its 2024 retheme to Tiana’s Bayou Adventure, inspired by Princess and the Frog (2009). Unfortunately, many are not happy.

Guests report the water ride is experiencing issues with animatronics, water features, and other mechanics ahead of its imminent closure. Hundreds discussed Splash Mountain’s numerous problems on Reddit this week, in a thread started by u/LLViewer.

The Guest said Splash Mountain is experiencing a “slow death” ahead of Princess Tiana’s arrival:

I went on yesterday and it was terrible. The lights were off in a number of scenes so they were pitch black. Some of the animatronics were barely moving, others were falling apart, and still others looked like they hadn’t been cleaned or had any care given for a while. Does anyone know why they are letting Splash Mountain fall into such a terrible state? I get that they may not want to spend money fixing things since they are going to be overhauling the whole thing soon but, for those of us who are fans of the ride, it might be nice to have a few final rides with a working ride (or at least a ride with the lights working).

Many agreed, further confirming our reporting over the past few months. “One thing my wife pointed out riding DL’s Splash recently – Parts that normally aren’t dark being dark now are legit scary,” u/PJMWJack wrote. “The idea that this thing breaks down often and not wanting to be stuck in a place like that.”

Others said Disneyland Resort likely isn’t spending the money to repair the water ride because Guests are still riding it. “Repairs and restorations cost a lot of money. Especially if there are any unique engineering difficulties,” u/TERFSArentFeminists explained. “Guests are still paying money to visit the parks and are still waiting in line for both attractions. So, Disney likely sees no reason to invest any money in fixing either attraction. Instead of ‘if it aint broke, why fix it,’ ‘if it’s still drawing people in, why fix it.’”

No closing date has been publicly announced for Splash Mountain in Frontierland at Magic Kingdom at Walt Disney World Resort or Critter Country at Disneyland Park. The Song of the South (1946) ride will remain the same at Tokyo Disneyland, though the Disney Park recently removed the ride’s anthem, “Zip-A-Dee-Doo-Dah,” from its music loop. From Disneyland Resort:

Have you noticed any issues on Splash Mountain at Disneyland Park?