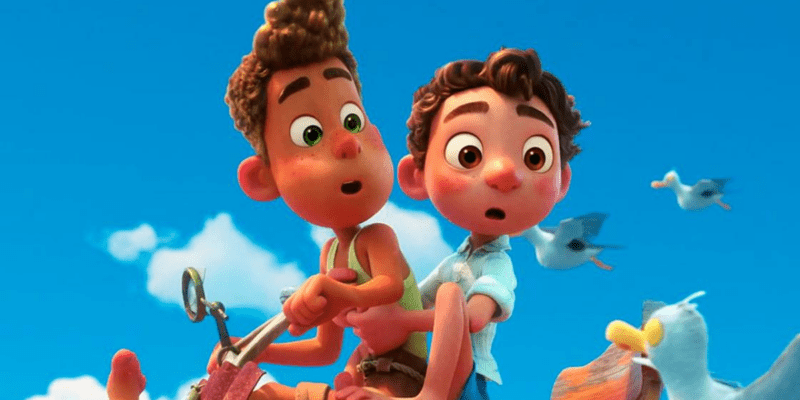 Disney is bringing Portorosso to life in an all-new expansion inspired by Pixar’s Luca, coming to Disney Parks soon!

Despite not having a theatrical release and debuting directly on Disney+, Pixar’s Luca was a massive hit when the movie premiered in 2021. With Pixar’s characteristic charm, heartwarming story, and star-studded cast, it’s no wonder many fans were eager to visit Portorosso in a possible upgrade to Disney Parks, whether that be a new addition to EPCOT’s Italy Pavillion, a retheming, or an expansion.

Well, fans of Disney and Pixar’s Luca won’t have to wait much longer until they can travel to the picturesque town of Portorosso, as Disney officials recently announced an all-new expansion inspired by Luca coming to Disney Parks soon!

Luca, Alberto, and Giulia will soon make their way into Disneyland Paris, as work is underway on an expansion of Pizzeria Bella Notte Restaurant at Fantasyland.

Fantasyland in Disneyland Paris has been a vibrant homage to European fairy tales and storytellers since its opening in 1992. It is a timeless place where the magic of Disney animation meets the architectural styles and cultures of the countries they are inspired by. Pizzeria Bella Notte is no exception; with a romantic atmosphere that pays homage to various regions of Italy, the iconic restaurant features nods to the classic Disney stories Lady and the Tramp and Fantasia, welcoming Pixar’s Luca into Disney Parks soon.

When the chance to expand the beloved restaurant came, Imagineers naturally thought about the fan-favorite sea monster to add to the many characters represented in the Park. This new area inspired by Luca will bring a seaside atmosphere with lots of details and objects evoking the local fishing culture and cuisine that you can find in Luca’s hometown of Portorosso, in addition to providing additional space for Guests to enjoy Italian specialties.

“‘Luca’ is a beautiful coming-of-age tale that reminds us of the beauty of acceptance, of one another but also from within. Discovering who we are can be a daunting challenge, but friendships can help us on that journey,” shares Tracy Eck, Art Director at Walt Disney Imagineering Paris – Design & Show Quality on the Disney Parks Blog. “I’m really happy that we are able to bring elements from the story of ‘Luca’ here to Fantasyland.”

While Disney did not provide an official opening day for this lovely expansion, knowing that Imagineers continue to find new ways to incorporate Disney and Pixar’s latest projects into the Parks sure is exciting and makes us wonder who else might be on their way to a Disney Park Near you? Characters from Zootopia? Coco? Encanto?

Are you excited about this Luca-inspired expansion coming to Disneyland Paris? Would you like to see a similar project come to Disneyland Resort or Walt Disney World Resort? Let us know in the comments below!