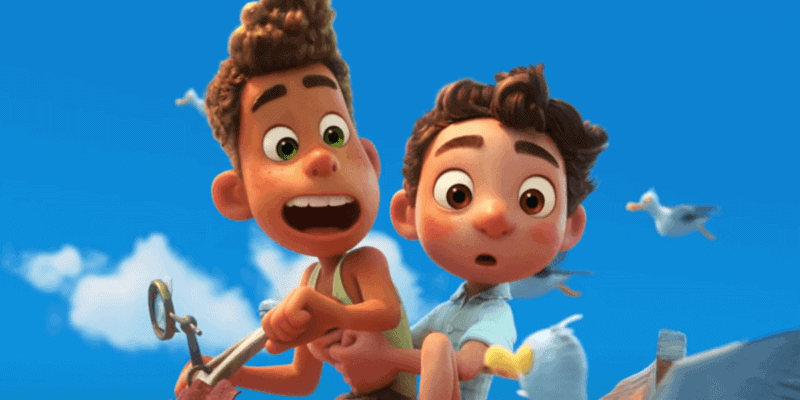 A recent statement may leave fans disappointed, as Pixar Director Enrico Casarosa denied that a sequel is in development.

Despite not having a theatrical release and debuting directly on Disney+, Pixar’s Luca was a massive hit when the movie premiered in 2021. With Pixar’s characteristic charm, heartwarming story, and star-studded cast, it’s no wonder why Luca instantly became a fan favorite.

While fans were delighted to see the animated short Ciao Alberto (2021) released shortly after the film, letting us learn a little more about the story of Alberto and Massimo after the events of Luca, they are still eager to know what the beloved characters Luca, Alberto, and Giulia are up to.

Unfortunately, Director Enrico Cararosa (@sketchcrawl) recently stated that a sequel to the beloved film is not currently in the works at Pixar. However, he commented he is developing a new original film without disclosing any details on his new project.

A sequel is not currently in the works. I love Luca and it’s characters of course … but I’m developing a new original film.

A sequel is not currently in the works. I love Luca and it’s characters of course … but I’m developing a new original film.

Pixar Director Enrico Casarosa is constantly in contact with his fans through social media, answering questions from his followers, reacting to fan art, and even recommending books. Having directed Luca and the Pixar animated short La Luna (2011) and worked on other Pixar projects, including Ratatouille (2007), Up (2009), Cars 2 (2011), and Coco (2017), we can only imagine the fantastic story that Casarosa is developing.

Set in a beautiful seaside town on the Italian Riviera, the original animated feature is a coming-of-age story about one young boy experiencing an unforgettable summer filled with gelato, pasta and endless scooter rides. Luca shares these adventures with his newfound best friend, but all the fun is threatened by a deeply held secret: he is a sea monster from another world just below the water’s surface.

Pixar is developing several unique projects to be released in the coming years, including Elemental, a film that will teach viewers how much opposites have in common; Elio, an out-of-this-world project starring America Ferrera; and Win or Lose, Pixar’s first full-length animated series.

Would you like to see a Luca sequel? Let us know in the comments below!