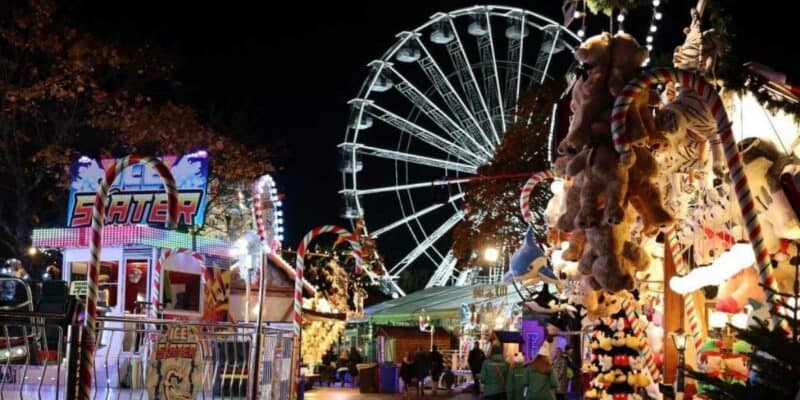 A tragic event occurred at an amusement park this past weekend which left multiple visitors facing injury and seeking medical attention, reports find.

Cardiff Winter Wonderland in Wales, United Kingdom, should have been a time to celebrate the festivities, sip hot cocoa, and enjoy rides with the family. However, an incident involving one of the amusement park’s attractions shocked the city recently and left three people with injuries in a horrific turn of events.

The incident took place after 5 p.m. on Saturday in Gorsedd Gardens where Cardiff Winter Wonderland was taking place; people were thrown from the ride after eventgoers reportedly heard a “massive bang”.

Two patients were taken to the University Hospital of Wales and one is still there as of Monday afternoon, according to the Health and Safety Executive (HSE).

A spokesman for the watchdog said: “HSE is investigating reports of serious injuries on a ride at Winter Wonderland in Cardiff. Three people were thrown from the ride. One currently remains in hospital and is being treated for their injuries.”

One visitor of Cardiff Winter Wonderland told WalesOnline about the moment she heard the bang and the aftermath of what happened. 13-year-old Seren McCallum-Weller spoke of the incident which took place on the Wonderland’s Ice Skater ride:

McCallum-Weller said how the attraction staff worked fast to shut the ride down but it did take time for the spinning, thrill ride to come to a complete stop. The witness later said:

“One of the ladies had damaged her head and there was blood. I think she possibly broke her ankle as well. I think [one of them] was unconscious. I was panicking. I saw one woman get up and as I was leaving I heard one of them crying.”

Theme and amusement park accidents are rare but do in fact happen, whether on a roller coaster or other type of amusement park ride. Earlier this year, the world was rocked when 14-year-old Tyre Sampson fell to his death while riding the Orlando FreeFall attraction at ICON Park in Central Florida. Following an investigation and autopsy, Orlando Slingshot, FreeFall’s ride operator, announced the drop ride will be torn down and a scholarship set up in Sampson’s name.