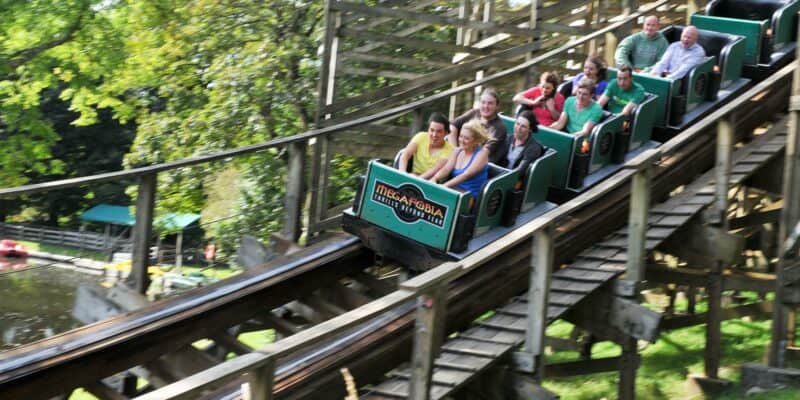 According to a new incident report, a U.K. theme park has shut down following an accident.

Guests have been asked to leave Oakwood Theme Park after a Guest was reportedly injured. A Wales Air Ambulance could be seen landing at the Pembrokeshire site Sunday afternoon.

The Welsh Ambulance Service said they were called to the theme park around 1 p.m. One woman who claimed to know what had happened contacted BBC Wales, calling the incident “serious.” She also claimed that the accident happened on the park’s Treetops ride, which her family had been on previously.

It has been rumored that the incident took place on the Treetops ride, but this claim has not yet been confirmed. Oakwood has revealed that the entire theme park has shut down.

Wales Air Ambulance was seen taking a patient from the scene. One woman who contacted BBC Wales said the incident was “serious” and happened on the park’s Treetops ride, which her family had been on.

A video shared on Twitter by Rhodri Mason (@RhodriMason1) revealed a glimpse of the situation:

Very sad to see the air ambulance arriving at Oakwood Theme Park today. Really hoping that everyone involved is OK and makes a fully recovery

Very sad to see the air ambulance arriving at Oakwood Theme Park today. Really hoping that everyone involved is OK and makes a fully recovery pic.twitter.com/eu7KER5vKa

“Less than a minute into the ride I heard horrific screams and noticed the back end of the coaster slipping and sliding off the track and a girl crying in severe distress and what appeared to be the bar raised,” said an eyewitness.

Oakwood is Wales’ Biggest Theme Park and is based in the heart of Pembrokeshire, South Wales. It’s “fun for the whole family”, boasts the park, which also includes “toddler friendly rides, fast thrills and spills (including the UK’s favourite wooden roller coaster – Megafobia) and spooky Halloween events, late night riding seasons, food & drink, FREE comfy dog kennels (so every member of the family can come along).”