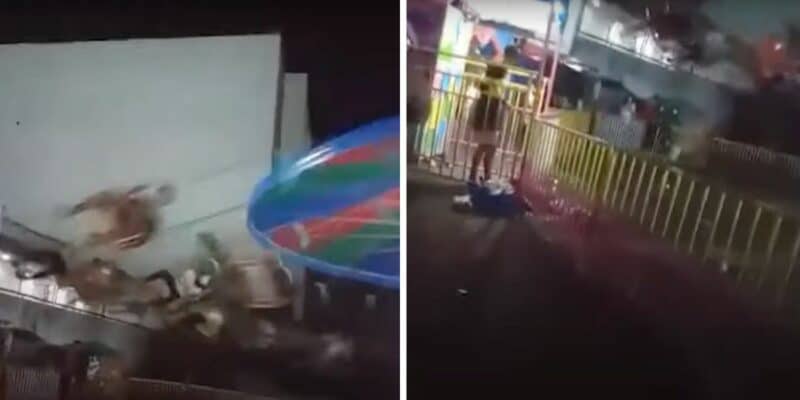 A teenager was left fighting for his life after a serious injury at a theme park.

Mark Fajardo, a 13-year-old boy, was thrown from a carnival-style ride into a steel barrier, causing him serious injury. This incident occurred on November 1 in Urdaneta City, Pangasinan province, in the Philippines.

Fajardo decided to hop on an attraction that swings Guests around in a circle. Shortly after the ride started, a broken lock on his seat opened, causing him to fly out of his harness and slam into the barrier.

Seeing the boy swing out of his chair and onto the ground, Guests rushed to the unconscious teen, who eventually was taken to the hospital. A video captured the incident and can be seen here.

Fajardo survived the accident but had to have one of his lungs removed due to the injury. “Doctors told me he had to be careful since he now only has one lung left,” said the boy’s mother. “They’re blaming my son, saying he removed the lock,” she said. “Why would he do that when the ride was going so fast?”

Authorities have launched a full investigation into the accident and the attraction itself. The attraction is now shut down. “Our problem now is to see if anyone is monitoring or checking the rides before they are used,” said Major General Ria Tacderan, an officer working for the Pangasinan police.

Investigators discovered that the ride had been operating legally with a permit, which could be revoked if the operators are found guilty of safety infractions. In a more large-scale fairground fiasco in September, multiple people were injured after a carnival ride plummeted 50 feet at an amusement park in India.