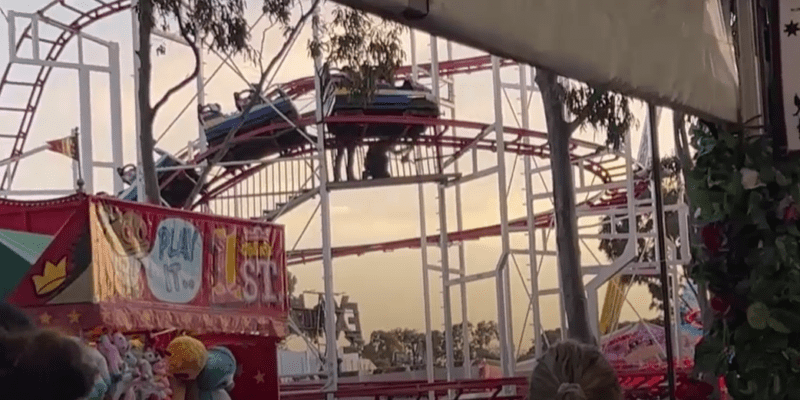 A woman suffered severe facial injuries after a horrific theme park accident that caused the roller coaster involved to shut down.

The unfortunate event occurred on Sunday, September 25, at Melbourne Royal Show in Melbourne, Australia. According to a report shared by ABC News, the woman, 26, may have walked onto the tracks of Rebel Coaster to retrieve a dropped phone, causing patrons to be stuck on the ride while ambulance officers treated the woman before she was taken to the hospital.

Organisers from the Melbourne Royal Show released a statement after a crime scene was set up at the Melbourne Showgrounds to determine how the woman was hit by the ride vehicle, as investigations were underway.

According to news.com.au, the woman was struck by the Rebel Coaster vehicle trying to retrieve a phone, was lifted into the air, and “fell from around nine metres high,” leaving her in critical condition.

While the initial reports seemed to provide mixed information regarding how the woman reached the attraction’s tracks, with some witnesses claiming that she fell from the ride vehicle and others saying she walked onto the tracks, the official statement from the Melbourne Royal Show confirms that “no-one has fallen from the ride.”

The Herald Sun stated that the victim entered a fenced-off area after being told workers would stop the ride and fetch her phone, implying that the woman insisted on trespassing onto the attraction while it remained operational.

Melbourne Royal Show says the ride has been closed for the foreseeable future.

The Melbourne Royal Show is a yearly event that takes place at Melbourne Showgrounds. An agricultural show and theme park are set up for the event, which attracts attendances of up to half a million people each year.

The Melbourne Royal Show describes Rebel Coaster as “A thrilling coaster of two drops from 11 metres, a loop, a vortex, a big hill and a zig zag on a 365-metre track.” Given the specifications for this roller coaster, the severity of the woman’s injuries is no wonder.