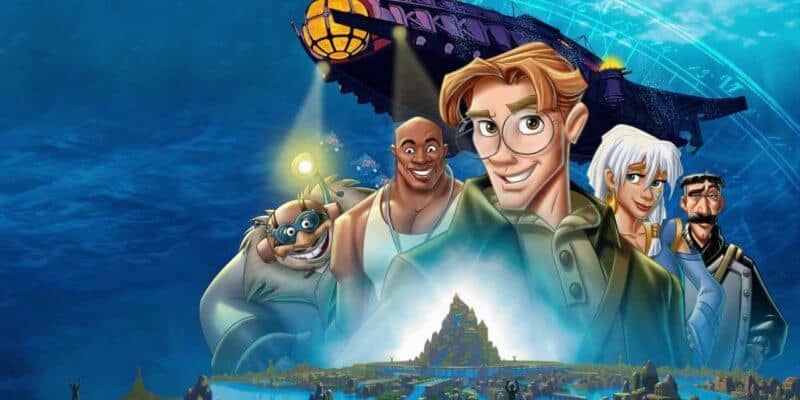 Live-action remakes seem to be the go-to recently for Disney. Well, there’s one movie that they seem to keep missing. Atlantis: The Lost Empire.

If they were to typecast it correctly, it would be a box office smash hit. The only question is- which actors and actresses would make the best characters? Well, we’ve got some ideas.

Some of the top names floating around for Milo Thatch is Andrew Garfield, Cole Sprouse, and Tom Holland. I think any one of these guys could pull it off. But I think Cole would do the best.

As far as Kida, names like Tessa Thompson and Zendaya are sounding pretty good. In all honesty, Tessa would be the one to make the best Kida.

The voice of Vinny is Don Novello. I just keep picturing him from 1995’s Casper. He would make a perfect live action Vinny. Him or John Turturro.

Related: Disney May Have Other Ideas for Tom Holland That Don’t Include the MCU

A few names come to mind for Gaetan “The Mole” Moliere. There’s Danny Devito, Josh Gad, and Timothy Spall. We’ve already seen how well Spall does at being a rat (Harry Potter). Playing a rodent of sorts is just his thing.

Now, for Audrey Ramirez, there’s really only one person that can pull off playing this character. And that’s Michelle Rodruguez.

And finally, we have Dr. Joshua Sweet. Once again, I really think there’s only one actor that could play him. Terry Crews. Well, Morris Chestnut could probably pull it off very well too.

Did we hit the nail on the head, or can you think of better options?

What are your thoughts on a live-action Atlantis? Let us know in the comments! Don’t forget to show a side-by-side picture!