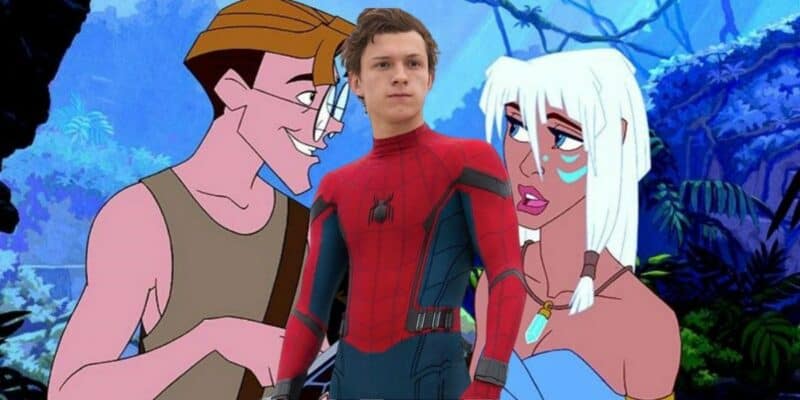 If you are a fan of the Disney animated film Atlantis: The Lost Empire, and Tom Holland, we have some news in the entertainment rumor mill that may have you giddy with excitement.

Tom Holland has become a household name for many after starring as Peter Parker/Spider-Man in the Marvel Cinematic Universe. The star has worked alongside all of the Avengers, such as Robert Downey Jr. (Tony Stark/Iron Man), and will soon appear in Spider-Man: No Way Home, the third film in Holland’s Spider-Man franchise.

In terms of the film’s cast, we have reported:

At the moment, No Way Home mainstays Tom Holland (Peter Parker), Zendaya (MJ), Marisa Tomei (Aunt May), Jacob Batalon (Ned Leeds), and Benedict Cumberbatch (Doctor Strange) as the main cast. However, with delayed promotional material, fans suggest that game-changing new or even familiar characters join the MCU in the movie.

However, it seems that Disney has other ideas for Holland that include a lot more water and a lot less web-slinging. Although Atlantis bombed in the box office, there have been rumors swirling of a live-action rendition of the film. This would not be too surprising considering how Disney is pushing their live-action releases after the success of films like Beauty and the Beast starring Emma Watson. There has not been confirmation on the rumor, but now, another publication is reporting that Disney wants Holland to star in the live-action remake of Atlantis.

We heard of this rumor before the pandemic, but afterwards, things went silent. Now that talk is pepping back up, it may mean that the film is still a possibiltiy for production.

Plus, since “The writers for the original animated movie have said that they wrote the project as if it were live-action,” it would be fitting to finally turn the movie into what it was intended to be. On top of that, having Holland star in the film would be a brilliant idea considering it did not do too well financially the first time, and Holland would be a significant draw with his popularity and notoriety.

Holland would likely play Milo James Thatch, “the protagonist of Disney’s 2001 animated feature film, Atlantis: The Lost Empire, and its 2003 direct-to-video sequel. He serves as a linguist and cartography expert who directs the expedition to find the lost continent of Atlantis.”

Would you want to see Tom Holland star in a live-action remake of Atlantis?