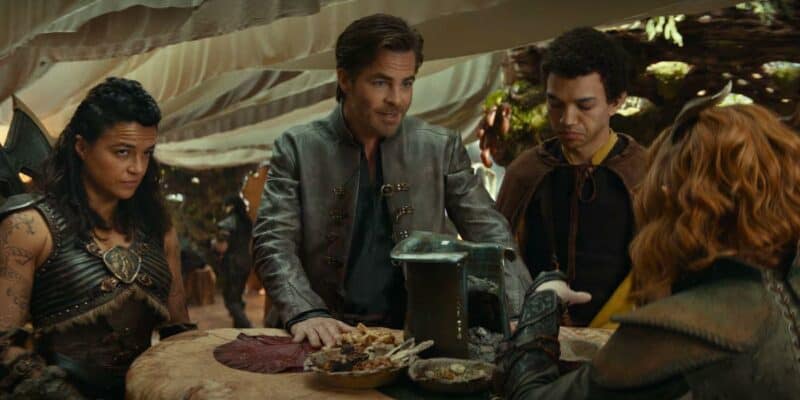 Live-Action Bambi star, Michelle Rodriguez, is trading one band of misfits for another in her new movie Dungeons and Dragons: Honor Among Thieves co-starring Chris Pine (Star Trek).

The cast of this upcoming film is based on the massively popular fantasy tabletop role-playing game that was created in the 1970s.

Dungeons and Dragons have recently been gaining a lot more mainstream appeal with the hit television series Stranger Things.

The story will follow a band of thieves who kickstart a devastating war after stealing the wrong artifact. Now, it’s up to them to set things right and stop an evil force from overtaking the land.

In a recent interview with Collider, Chris Pine compared his new movie to a bunch of different classics.

“The way that I’ve been describing it, it’s like ‘Game of Thrones’ mixed with a little ‘Princess Bride’, just a smidge of [‘Monty Python and the] Holy Grail’; it’s somewhere in that ballpark. It’s a lot of fun. It’s got a lot of thrills. It’s poppy, it’s ’80s heartfelt, there’s a bit of ‘Goonies’ in there.”

It makes sense for the new Dungeons & Dragons to take inspiration from The Goonies. D&D was first published in 1974 but had its biggest rise in the 1980s. Productions set in that decade, such as Stranger Things, tend to use the game to reproduce the period’s trends correctly.

Are you excited for this new movie? Let us know in the comments.