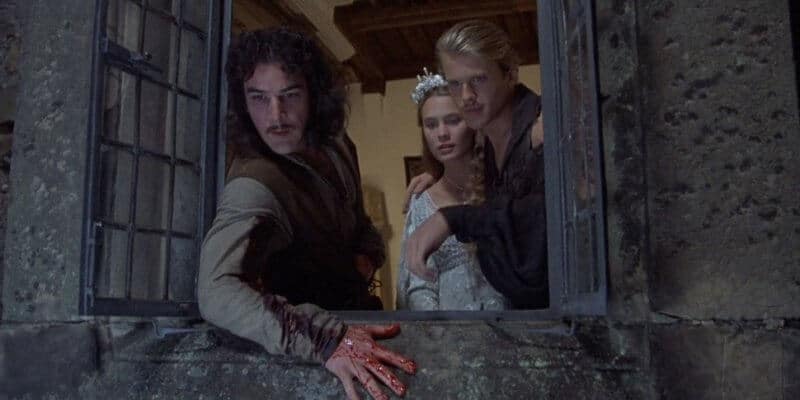 Is there a more perfect movie? I think not. It’s got everything- fencing, fighting, torture, revenge, giants, monsters, chases, escapes, true love, and miracles.

The Princess Bride premiered back in 1987. This fantasy adventure film directed by Rob Reiner was based off of William Goldman’s 1973 novel of the same name.

Throughout the 1980’s both the movie and the book became an instant favorite and even turn into a well-deserved cult classic.

The Princess Bride follows Westley, a lowly farm boy, accompanied by companions he meets along the way, as they rescue his Buttercup from an evil prince.

Throughout the years, one character has become a fan favorite. Inigo Montoya, played by Mandy Patinkin has captured the hearts of millions.

“The Princess Bride recently turned 35 years old. So grateful to have been a part of that piece and to everyone who had a hand in making it come to life.”

The Princess Bride recently turned 35 years old. So grateful to have been a part of that piece and to everyone who had a hand in making it come to life. pic.twitter.com/rgPEhxRzY4

Back in 2019, there was talk from Sony about having some interest in remaking or rebooting The Princess Bride. However, there was major backlash from this announcement, and nothing has come of it. Even Cary Elwes, who played the main character Westley, hopped on Twitter to talk about it.

Cary Elwes retweeted Sony saying: “There’s a shortage of perfect movies in the world. It would be a pity to damage this one.”

There’s a shortage of perfect movies in this world. It would be a pity to damage this one. https://t.co/5N8Q3P2e5G

In 2020, in the midst of the pandemic, director Jason Reitman recruited a-list actors from all around and had each of them make their own little home version of The Princess Bride as a way to cheer people up. Inconceivable!

The response was beyond overwhelming. Everyone showed up and sent in their favorite scene from The Princess Bride. This homemade version (made on their cell phones no less) might be the only remake that people will be okay with.

Throughout the past 35 years, this classic has continued to stand the test of time. New generations are being introduced to our favorite characters and getting to fall in love with them just like we did.

What do you think of The Princess Bride? Let us know your favorite scene in the comments!

Comments Off on As You Wish! Beloved Film ‘The Princess Bride’ Celebrates Milestone