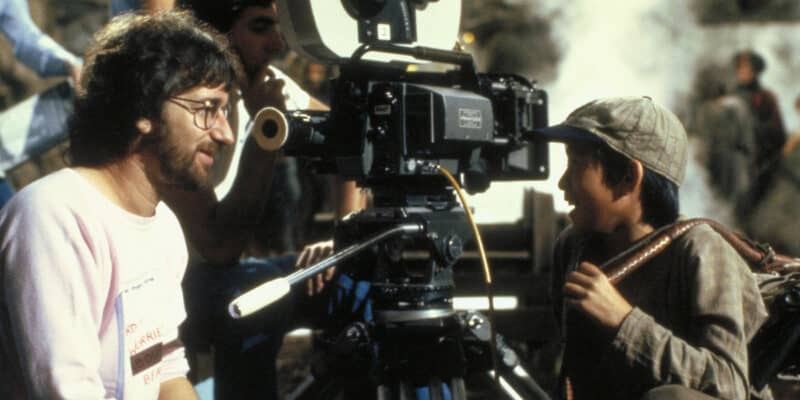 “Goonies never say die!” And neither does Steven Spielberg!

With his return to acting, Ke Huy Quan has been in the headlines more and more! From the touching reunion with Harrison Ford at D23, to his outstanding performance in Everything, Everywhere, All At Once (2022), it’s heartwarming to see such a beloved star from our childhood succeed. What’s more, the heartwarming stories just keep coming!

Related: Indy and Short Round — The Story Behind the D23 Reunion!

According to a recent interview Quan did with The Guardian, not only have he and Spielberg remained friends all these years, but, nearly 40 years after his roles in Indiana Jones and the Temple of Doom (1984) and The Goonies (1985), the director who gave him his first big break still sends him Christmas presents. “He gave me my first job and, so many years later, he has not forgotten me.” said Quan.

The actor who brough Short Round and Data to life also talked about what it was like being a child on Spielberg’s set:

“On Indiana Jones I was the only kid, so I got all of the love and attention…On The Goonies, I was one of seven, so I was constantly fighting for attention. But it was something that was very familiar to me – my parents had nine kids. It was a lot of fun, especially those amazing sets. Going to work was like going to the playground.”

In the world of entertainment where so much is often tawdry, or scandalous, it’s refreshing to see a friendship like this, and one that is not only wholesome, but has stood the test of time. However, Spielberg isn’t the only one who Quan has kept in contact with. Further on in his interview, Quan spoke of how he keeps in close contact with the other Goonies, especially Jeff Cohen, who played ‘Chunk’, who is now his entertainment lawyer. Quan also reunited with several of his co-stars during the shutdown in 2020 via Youtube for charity.

Ke Huy Quan has recently returned to acting, and stars in Everything, Everywhere, All At Once (2022), and will appear in the second season of Loki (2023) on Disney+.

What do you think of Ke Huy Quan’s return to acting? Let us know in the comments below!