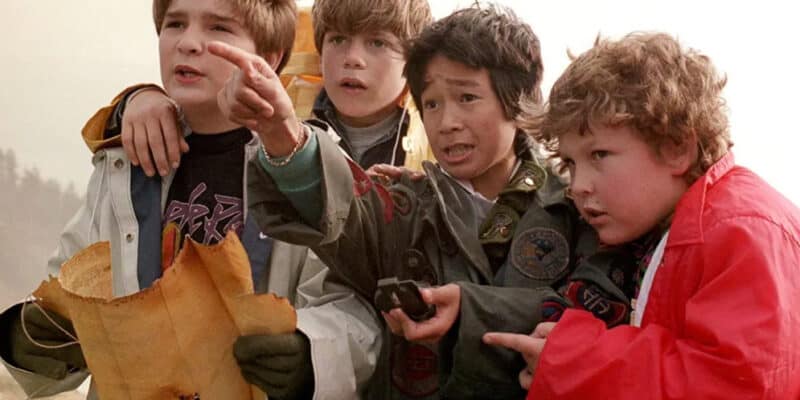 The Goonies (1985), a beloved cult classic created by Steven Spielberg, is one movie that has never been forgotten by fans of the 80s and those who love the franchise will be happy to know that they will have an opportunity to dive back into “our time” with a new television series.

Variety first reported that Warner Bros TV had struck a deal with Disney+ to stream a new television show inspired by The Goonies. The show was originally supposed to be done through Fox, but ultimately the deal fell through.

The drama, which is about a teacher who helps her students re-create, shot-for-shot, the original movie, was picked up for redevelopment by Disney+, and much of that had to do with the perseverance of scriptwriter Sarah Watson.

“Sarah worked nonstop to deliver this incredible script, we had our table read, and then the world shut down for COVID,” says Clancy Collins White, exec VP and head of development. “So we came back many months later and finished the beautiful pilot, and it was an incredible cast, but unfortunately a little bit too young for Fox. And so we immediately swung into high gear and hit the town with it. We did not yet have anything in development at Disney Plus. It’s been another example of being able to carve a pathway where there wasn’t one by virtue of a great story, a great pilot, a great series. The deal has taken a while to make, but we’re really excited to be moving forward.”

The project is titled Our Time and will be executive produced by Richard Donner, who directed and produced The Goonies, along with Lauren Shuler Donner.

It’s unknown at this point if any of the original cast will be making an appearance, but it should be noted that in 2015, Jeff Cohen, who played Chunk and later quit acting, expressed doubt he would want to return to the role. Sean Astin, who played Mikey in the original, said back in 2017 that he would be interested in returning to his role.

Rotten Tomatoes gives The Goonies a 77% rating while the audience score sits high at 91%. Here’s the official description from Rotten Tomatoes:

When two brothers find out they might lose their house they are desperate to find a way to keep their home. They find a treasure map and bring some friends along to find it. They are all out looking for the “X” and trying to get away from a group of bad guys who also want the treasure.

Are you interested in seeing the new Goonies project? Let us know in the comments.