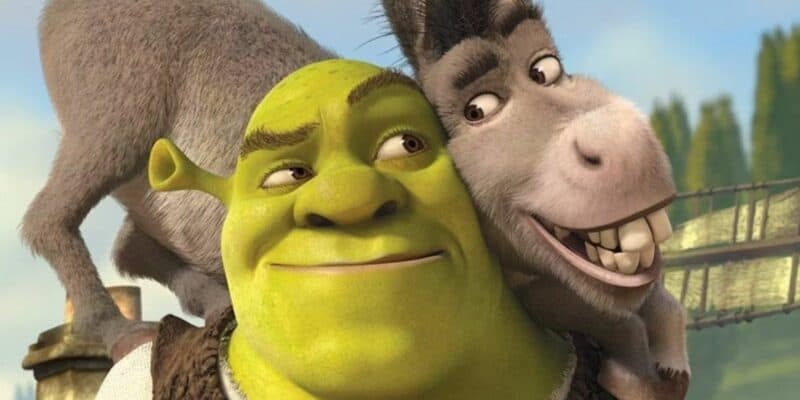 DreamWorks Animation has always had an interesting relationship with The Walt Disney Company, and now perhaps it’s even more apparent. 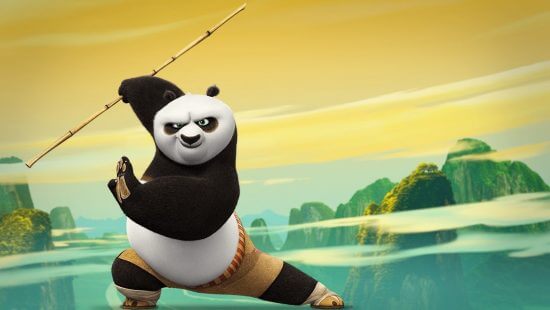 Recently, the animation company DreamWorks Animation Studios has come forward with a new logo redesign — and it might feel rather familiar to some. The company is known for its many animated feature film franchises, many of which show up within the new logo, namely the DreamsWorks movies The Bad Guys (2022), How to Train Your Dragon (2010), Kung Fu Panda (2008), The Boss Baby (2017), Trolls (2016), and finally the Shrek (2001) franchise — in that order.

The Walt Disney Company has a rather colorful history with DreamWorks Animation Studios, as the very founding of DreamWorks came about in an attempt to explicitly create a rival animation house to Walt Disney Animation Studios. The company began as DreamWorks SKG — where SKG stood for the initials of director and producer Steven Spielberg, former Disney executive Jeffrey Katzenberg, and music executive David Geffen. These three had come together after Katzenberg’s exit from The Walt Disney Company, following a perceived snub from then-CEO Michael Eisner and internal tensions with Walt Disney’s nephew, Roy E. Disney. DreamWorks Animation Studios is currently a subsidiary of Universal Pictures, under NBCUniversal, making it a Comcast company.

Related: All The ‘Shrek’ Movies Ranked From Worst to Best

Notably, DreamWorks’ 2-Dimensional (2D) projects that got the company its start are not present, including the much-lauded DreamWorks film The Prince of Egypt (1998), and even The Road to El Dorado (2000) — eschewing those in favor of more recent moneymakers, the contemporary jokes-filled 3D animated film Trolls and Trolls 2: World Tour / Trolls World Tour (2020) franchise, as well as The Boss Baby and The Boss Baby 2 / The Boss Baby: Family Business (2021). Other notable DreamWorks movies missing at the Madagascar franchise and anything from Shark Tale (2004) or Bee Movie (2007) animated films.

The official DreamWorks Twitter account shared the new logo with the world, and announced that it would be coming together with Puss In Boots: The Last Wish (2022) to cinemas November 26. However, the new logo might just remind some of… another animated logo.

DreamWorks Animation is proud to unveil our brand new animated logo! ⭐️ Be the first to see it in theaters with an early sneak-peek of #PussInBoots: The Last Wish, Saturday, November 26th at 2pm local time. Tickets on sale now: https://t.co/TqLhdyIJn8 pic.twitter.com/7BpQBHTiRi

What the new DreamWorks logo refresh ACTUALLY reminds you of

Does anyone remember The Wonderful World of Disney?

It was a program that began all the way back in 1954, in the days of Walt himself — the classic Disney anthology series showcased a variety of Disney films over the years, and played on various television networks for audiences young and old. The animated logo featuring Tinkerbell leaving behind a trail of magic pixie dust as she weaves through different Disney properties against a starry sky background is a recognizable and nostalgic image for many.

As the show matured, design elements may have evolved, but the heart of the concept always stayed the same, beginning with (and returning to) the company’s iconic symbol. It was the symbol of magic, dreams and imagination — in Disney’s case, through the character of Tink and the castle– greeting and interacting with all kinds of Disney favorites and finishing viewers with the iconic image of the Disney castle. That entire design is frightfully similar to the DreamWorks’ new animated logo — magical pixie dust effect in the night sky, and all.

Except DreamWorks utilizes their “kid fishing on the moon” symbol, instead. This choice by DreamWorks to invoke the nostalgia factor of a competitor’s image and branding might seem like an odd choice — but it is one that could still work in DreamWorks’ favor. It’s known that despite their prowess at filmmaking, the clear fact is that Disney and its properties hold a firm grasp on the current media landscape, as well as many peoples’ childhoods — and it is arguably stronger, and far more prolific than the hold that DreamWorks’ properties have on the general public. With how calculated brand designs are nowadays, it would not be a surprise that DreamWorks is looking for just a small slice of the perennial “Disney-branding” pie — while also featuring DreamWorks-beloved characters like Jack Black’s Kung Fu Panda, Po.

What do you think of this new DreamWorks logo change? Does it remind you of Disney? Share your thoughts in the comments below!