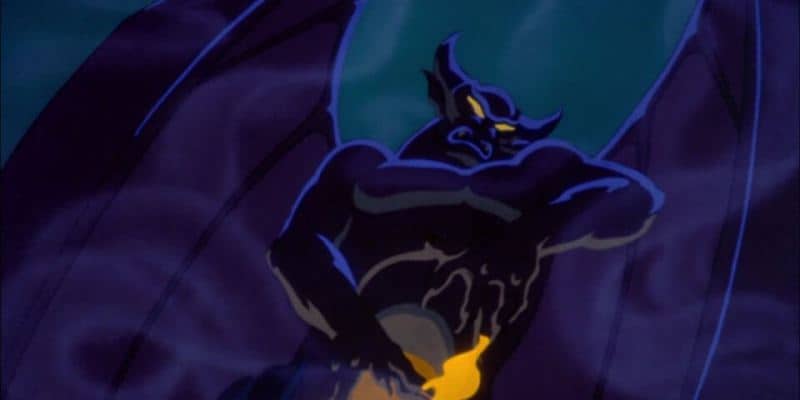 Bob Chapek made the recent comment that adults aren’t interested in animated Disney movies anymore. However, Disney has made several animated features that would be highly directed at an adult audience if it wasn’t for the medium with which they were portrayed.

Walt Disney’s vision for his company and theme parks was to create something that children and parents could enjoy together, and that’s a maxim that hasn’t been forgotten by Disney Animation. With projects like Short Circuit and the many Star Wars animated series, Disney hasn’t lost its ability to communicate to more “grown-up” audiences, despite what some might think. With that all in mind, Disney isn’t exactly new to playing up to the older viewers either. In fact, Walt Disney himself attempted to reach beyond the typical young audience as far back as 1940.

By very little stretch of the imagination, Fantasia was technically Disney’s first “adult” piece. Arguably considered the company’s art house film, Walt Disney’s “Concert Feature” was an experiment in animation and sound that produced one of the most ambitious projects in the medium.

The blending of animated artistry with some of the world’s most iconic pieces of classical music was the studio’s first attempt at something beyond the fairytale narrative they had already produced with Snow White and Pinocchio. The film isn’t so much a movie with an established plot, but rather a visual experience that could be interpreted as a moving art piece rather than the average feature-length cartoon.

For a more contemporary example, fans only need to skip ahead a few decades to 2001 to the premier of Atlantis: The Lost Empire. Many armchair animation scholars will agree that the biggest problem with this film was its marketing, but fans who saw this animated sci-fi masterpiece will know that it is by far one of Disney’s most under-appreciated works, animated or otherwise. If this movie were fully shot and choreographed in live-action, it would have been a summer blockbuster to rival the works of Stephen Spielberg. Mike Mignola, author and artist behind Hellboy and The Amazing Screw-On Head, served as one of the production designers on the film, and his distinct style lends the film a more mature look than the average Disney animated film. Milo’s expedition with the crew of the Ulysses is loaded with action, excitement, and it even takes a dive into some morally gray territory on the subject of archeology and research. It would have easily made an excellent framework for a Dark Horse graphic novel.

Of course, the most mature Disney piece has to be The Hunchback of Notre Dame. While it’s true that it is a very loose adaptation of Victor Hugo’s novel, it does touch on more than a few of the original plot points from the text. It speaks on religious hypocrisy, classism, and persecution in a way that a wider audience can better understand. Some film critics have been wanting Disney to take more risks with their material, but HoND did that in spades. Not only did it feature an unconventional lead who is affected by a physical deformity, but it took a headlong dive into various adult subjects including religion, lust, racism, and corruption of justice. Keep in mind, this is done all under the name of the mouse while maintaining a traditionally Disney formula.

Bob Chapek, and others like him, need to be reminded that animation is a medium, not a genre. Saying that adults don’t appreciate Disney’s animated features is a false and flawed statement given the artistry and dedication that goes into creating them. The three films previously mentioned are but a small sample of what the company has to offer, and they certainly aren’t the only examples either. Disney’s animated features are meant to be enjoyed by anyone who buys a ticket to the movies or streams on Disney+, and limiting them to just one audience is a very ludicrous statement.

What do you think of Disney’s “mature” animated films? Tell us in the comments below!

Comments Off on Animation For All: Disney For Adult Audiences