Disney World Gives Special Treatment to Passholders - Inside the Magic 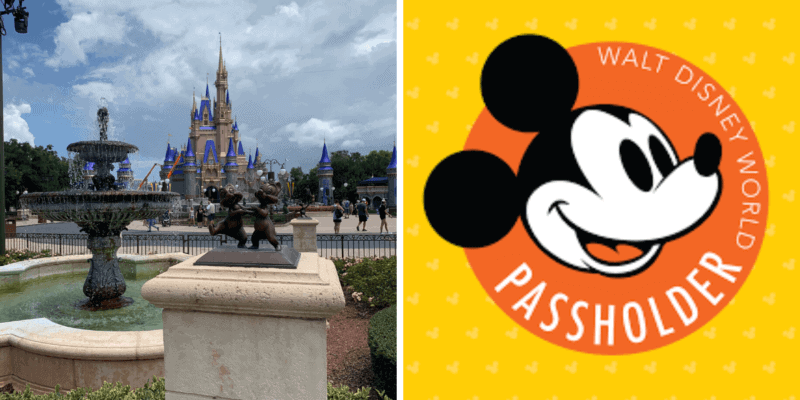 Walt Disney World is known as “The Most Magical Place on Earth,” and it welcomes Guests from near and far each and every day.

Walt Disney World Resort has four different theme parks: EPCOT, Disney’s Animal Kingdom, Disney’s Hollywood Studios, and Magic Kingdom. Each theme park is very different, but similar in the treatment that radiates from Cast Members and the feeling of Disney magic that (hopefully) fills the Park.

One of the best ways to enjoy all the magic year-round is by purchasing a Disney Annual Pass.

Of course, the sale of annual passes are currently paused, but that doesn’t mean that many Annual Passholders aren’t still taking advantage of the Parks.

Being a  Disney passholder has several advantages like discounts on food, merchandise, and much more.

User @dvc_park_hoppers shared a video of the new perk for Annual Passholders on TikTok.

To enter a theme park, each passholder must have a theme park reservation. Disney Parks are under reservations and are limited and subject to availability and passes have blockout dates.

Disney recently announced that when Annual Pass sales do return, they will come with a price increase. Here’s a look at the new prices:

Have you taken advantage of this new perk for pass holders?