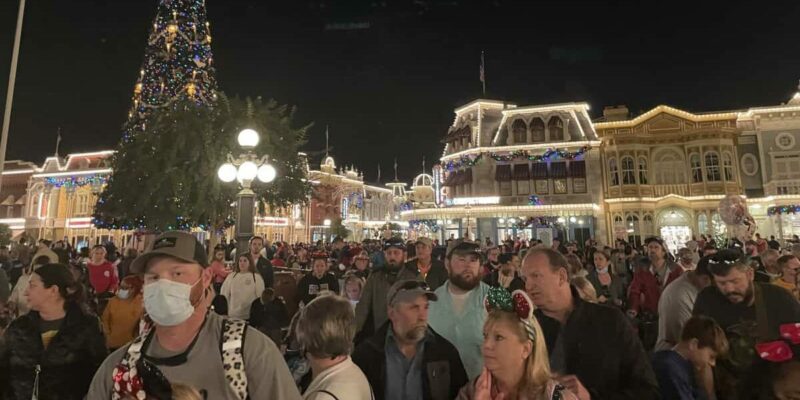 Walt Disney World Resort is known for a lot of things, but one thing that is always present is crowds.

No matter when you visit Walt Disney World– whether you are in attendance at Magic Kingdom, EPCOT, Disney’s Animal Kingdom, and Disney’s Hollywood Studios– you are sure to run into crowds. The only question is: How many people will be there that day?

Depending on the time of year you go, you can run into many different types of crowds. There are crowds in which you simply can’t move and ride queues are lined up in extended areas, and other times you are able to wait in minimal lines and get to enjoy attractions with relative ease.

Disney has taken notice of its insane crowd numbers and, despite keeping the Disney Park Reservation system in place, the company has taken even more measures to attempt to control crowding. The biggest way? Increase prices.

“There’s always a group of people willing to pay a little bit more and when that happens that flattens out the attendance curve,” said Founder and CEO of International Theme Park Services Dennis Speigel.

Disney announced price increases for single-day tickets and Annual Passes– when they return for sale-– earlier this week.

Despite those price increases, Speigel said that he expects “record-high attendance numbers” this Holiday season and that inflation may cause ticket prices to increase even more. He said that the best deals for Walt Disney World Resort come into play the longer you stay, such as stays of 14 days or more.

What do you think of this move from Walt Disney World Resort? Let us know in the comments!