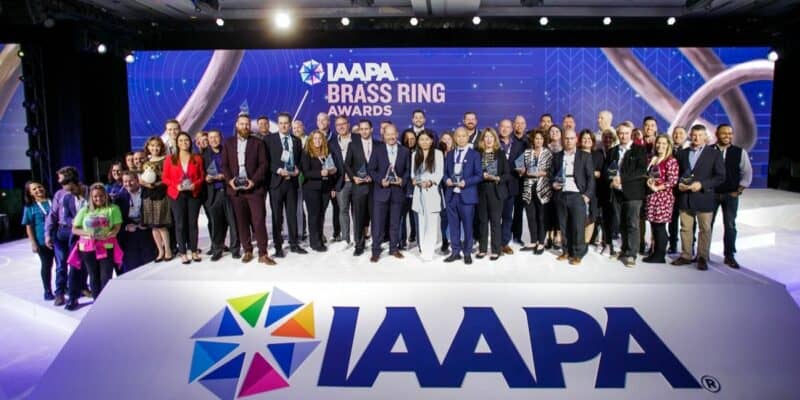 Earlier this week, the International Association of Amusement Parks and Attractions (IAAPA) held its annual expo, which took place in Orlando, Florida. This conference and expo is an opportunity for those in the amusement industry, including theme parks, zoos, museums, aquariums, and science centers, to connect with and learn from leaders in the industry, as well as take a look at what new products, experiences, and trends are occurring in their respected industry.

This year’s conference events took place from November 14-17, and the trade show ran from November 15 until today. One of the exciting events that took place during this expo was the awarding of the IAAPA Brass Ring Awards, which recognize leaders in this industry for excellence in areas such as food and beverage, new products, live entertainment, and more. Needless to say, as one of the more notable entertainment leaders, Disney won several of these awards.

Disney Parks won several of the IAAPA Brass Ring Awards, proving once again that they are an outstanding leader in this field. Below is a complete list of the awards that Disney won, in their respective categories:

Besides these incredible awards, Disney was involved in the expo, holding two EDUTours, in which IAAPA Members had the chance to learn about the behind-the-scenes of a particular Disney attraction, including technology usage, creative development, and marketing tactics. In addition, they were able to go to the actual location to learn more and experience it for themselves. This year’s EDUTours led by Disney were Guardians of the Galaxy: Cosmic Rewind and Disney’s Blizzard Beach.

Do you think the entertainment or products that were nominated are award-worthy? Share your thoughts in the comments!