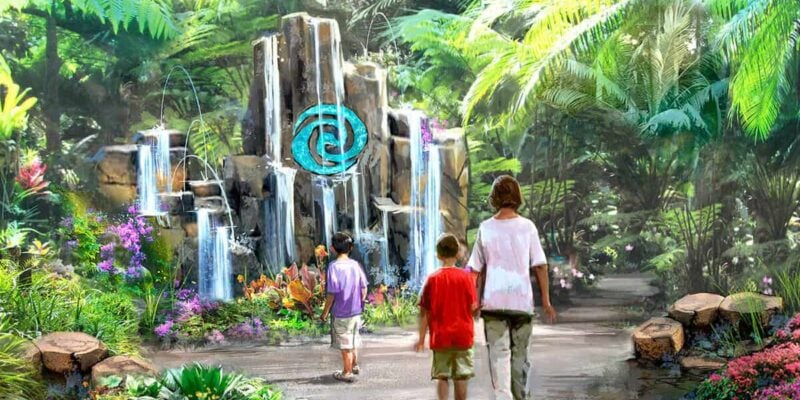 A highly-anticipated attraction at Walt Disney World Resort is ramping up construction.

Disney World opened Guardians of the Galaxy: Cosmic Rewind in EPCOT this past May, and the roller coaster has been a popular hit among Guests visiting the Disney Park.

However, that’s not the only new attraction or offering set to debut at Walt Disney World Resort soon. TRON Lightcycle/Run will open in Magic Kingdom in spring of 2023, and there are multiple new experiences coming to EPCOT.

Journey of Water, Inspired by Moana is billed as “the first-ever experience based on the Walt Disney Animation Studios hit film, Moana. The attraction will let Guests interact with magical, living water in a beautiful and inspiring setting. In addition, World Nature and World Celebration have also ramped up construction.

Walt Disney Imagineering recently took to Instagram to share an update about the status of these attractions and confirmed that they are all set to debut in “late 2023.”

“Work continues to ramp up in the World Nature and World Celebration neighborhoods of EPCOT. Our Imagineers are always looking to add and refine the smallest details when bringing these experiences and spaces to life in our parks. We look forward to the opening of these new areas – including CommuniCore Plaza, CommuniCore Hall, and Journey of Water, Inspired by Moana – to guests in Late 2023!”

Disney previously shared this information about the attraction:

Designed for all ages, Journey of Water will allow guests to explore and engage with water as it travels from our skies to our oceans and back again. Walt Disney Imagineering partnered with artists and cultural consultants from Walt Disney Animation Studios to bring this experience to life, and our team tasked themselves with capturing the beauty of the natural water cycle within the attraction. We were also inspired by Moana’s fierce determination to protect her environment – her bond with water is unique, and we are excited for guests to learn about the importance of water and experience its playful personality just as she did.

Fans of Walt Disney Animation Studios’ “Moana” will be delighted to see familiar shapes and characters carved into the rocks and waterways throughout Journey of Water. A great example of this is Moana herself, who will be positioned proudly – celebrating water’s arrival to our ocean.

At this time, these are the major attractions still under construction, but Disney has plans for the future.

At the recent D23 Expo in Anaheim, CA, Disney shared that two of the next places they could be looking to expand or update would be in Dinoland, U.S.A. at Disney’s Animal Kingdom and “Beyond Big Thunder Mountain.” During the session, Disney pitched some ideas, including Coco, Encanto, and even a possible Disney Villains land for what might be on the horizon. However, it’s important to remember that nothing has been confirmed currently.

Are you excited about Journey of Water, Inspired by Moana? Let us know in the comments!