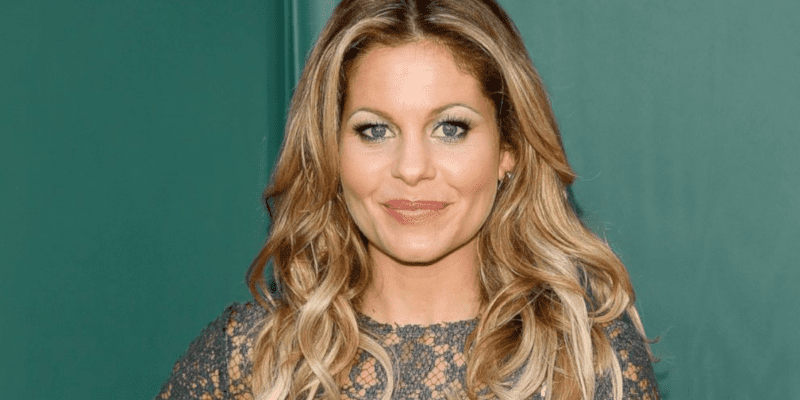 On Monday, The Wall Street Journal published a festive profile of Full House star Candace Cameron Bure. Little did they know it would spark a controversy that took over the Internet.

In the interview, the former co-host of The View states that she wants to bring Christianity back to Christmas movies, potentially a snipe at her former employer, The Hallmark Channel, which she left in 2022 to pursue a career with Great American Family. The career change coincided with Hallmark’s decision to include more LGBTQIA+ representation in their beloved holiday films.

Now they’re just openly admitting their bigotry. I called this shit out years ago when Abbott was at Hallmark. Glad they dumped him. Being LGBTQ isn’t a “trend”. That guy and his network are disgusting. You too Candy. There is nothing untraditional about same-sex couples.

Now they’re just openly admitting their bigotry.
I called this shit out years ago when Abbott was at Hallmark. Glad they dumped him.
Being LGBTQ isn’t a “trend”.
That guy and his network are disgusting. You too Candy. There is nothing untraditional about same-sex couples. https://t.co/38XIg5XeMP

In July, Bure was the center of more social media drama after actress and singer JoJo Siwa called her “the rudest celebrity ever.” The pair later had a public reconciliation.

However, Siwa, who came out as a member of the LGBTQIA+ community in 2021, quickly condemned Bure’s recent comments on Instagram. “I can’t believe after everything that went down just a few months ago, that she would not only create a movie with intention of excluding LGBTQIA+, but then also talk about it in the press. This is rude and hurtful to a whole community of people,” Siwa wrote.

In a statement on Wednesday, Bure, who is still marketing Great American Christmas (2022) with longtime costar Andrea Barber, blamed the media for misinterpreting her comments. She insisted she had “great love and affection for all people.”

“It absolutely breaks my heart that anyone would ever think I intentionally would want to offend and hurt anyone,” Bure wrote. “It saddens me that the media is often seeking to divide us, even around a subject as comforting and merry as Christmas movies. But, given the toxic climate in our culture right now, I shouldn’t be surprised. We need Christmas more than ever.”

“If you know me, you know that I am a person who loves fiercely and indiscriminately,” she continued. “My heart yearns to build bridges and bring people one step closer to God, to love others well, and to simply be a reflection of God’s huge love for all of us.”

Bure did not address the comments from Siwa or her former costars. The actress insisted she is “a devoted Christian” who is “called to love all people, and I do.”

She claimed that she told WSJ that “people of all ethnicities and identities have and will continue to contribute to [Great American Family] in great ways both in front of and behind the camera,” but that it wasn’t included in the article.

What do you think of Candace Cameron Bure’s comments?