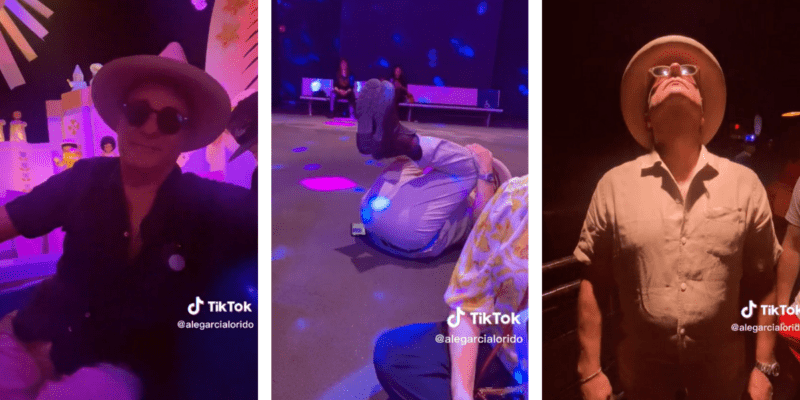 Famed actor Andy Garcia, however, took a different approach to simplify his Disneyland Resort visit. Garcia’s daughter Alessandra shared some hilarious clips of the actor enjoying his day at Disneyland Park and Disney California Adventure to the popular Afroman song, “Because I Got High:”

A day at Disneyland with my dad

♬ Because I Got High – Extended Version – Afroman

“A day at Disneyland with my dad,” Garcia wrote, likely implying that the Academy Award-nominated actor visited the Disney Parks under the influence.

Fans adored the video, which showed Garcia on “it’s a small world,” Guardians of the Galaxy: Mission Breakout!, and other Disney Parks attractions.

“Where do I sign up for the ‘Andy Garcia takes me to Disneyland Experience’? Take all my money. 🥰,” @halfassedly wrote.

“I don’t know how I ended up here when there’s only 100 likes but I’m down for stoney baloney Andy Garcia at Disney,” @its.with.an.ey said. (The video now boasts over 20,000 likes.)

Garcia is also an outspoken activist for his home country, Cuba. He shares four children with his wife, Marivi Lorido, including actress Dominik Garciá-Lorido and Alessandra, who shared this video of her dad.

Have you ever spotted a celebrity at Disneyland Resort?