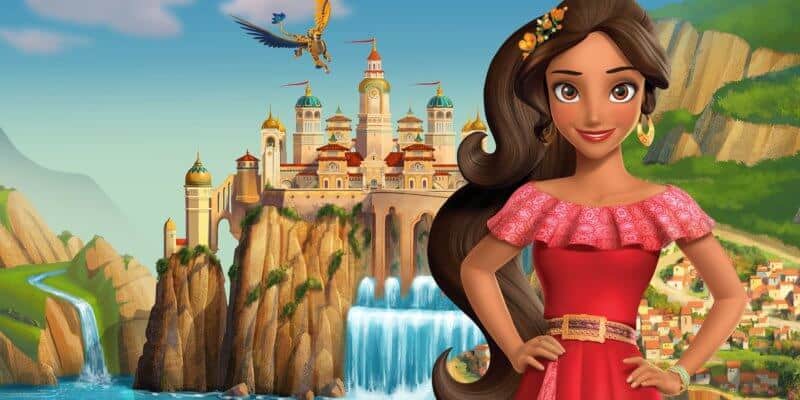 Disney Junior is known for several different yet amazing series that not only entertain children of all ages, but also educate them on so many levels. Unfortunately, as they always say, good things must come to an end and that’s what is happening for one popular Disney Junior program.

Disney’s Emmy®– and Imagen Award-winning series Elena of Avalor has been on air since July 22, 2016 but on Sunday, August 23, it will its epic prime-time finale special.

The final season of Elena of Avalor will air every Sunday 5 p.m. ET/PT, beginning on July 26 on both Disney Junior and DisneyNOW.

“It has been a tremendous honor for me to bring Disney’s first Latina princess to the screen,” said creator and executive producer Craig Gerber. “Everyone involved with Elena of Avalor, from the creative team to the unbelievable cast and crew, felt the responsibility to get this right. We created the character of Elena with the hope that she would be a role model, not just for young Latina girls watching, but for all children to be able to see what a true leader looks like.”

He continued, “From the beginning, Elena’s story arc has been that she would one day become queen. With the series finale, the creative team has been able to bring Elena’s story to the thrilling conclusion that we always envisioned. I can’t wait for viewers to see the final chapter in Elena’s epic adventure.”

Related: Disney Princess meet and greet of Elena of Avalor at Magic Kingdom!

According to D23, the prime-time special titled Elena of Avalor: Coronation Day, follows Disney Princess, Elena, (voice of Aimee Carrero) as her coronation plans are underway. Esteban (voice of Christian Lanz) and his team of villains will “unleash legendary spirit misfits, the Four Shades of Awesome”. Elena must save her kingdom but in order to do so, she teams up with some family members and some friends and makes her way to the Spirit World and back. Along the way, she must face the “ultimate test of her courage and character, before becoming queen”.

Some guests stars that fans can look forward to seeing include Jenny Slate, Mark Hamill, Fred Armisen, and Andy Garcia as the Four Shades of Awesome. Also guest starring is Patrick Warburton as the Grand Macaw, who is the ruler of the dark side of the Spirit World.

Inspired by diverse Latin cultures and folklore, Elena of Avalor premiered in 2016 and tells the story of Elena, a brave and adventurous teenager who has been learning what it takes to be a great leader by ruling her enchanted fairy-tale kingdom as crown princess until she’s old enough to be queen. Airing in more than 150 countries worldwide, the hit series has been lauded for its messages of leadership and inclusiveness.

The series also features the voice talents of Jenna Ortega as Princess Isabel; Chris Parnell, Yvette Nicole Brown and Carlos Alazraqui as jaquins Migs, Luna and Skylar, respectively; Emiliano Díez as Francisco; Julia Vera as Luisa; Jillian Rose Reed as Naomi; Joseph Haro as Mateo; Jorge Diaz as Gabe; Keith Ferguson as Zuzo and Joe Nunez as Armando. Elena of Avalor will continue to air on Disney Junior and Disney Channel platforms around the world. In addition, the series’ first two seasons are currently available to stream on Disney+.

Are you upset to see Elena of Avalor coming to an end? Will you be tuning into the prime time special? Let us know in the comments.