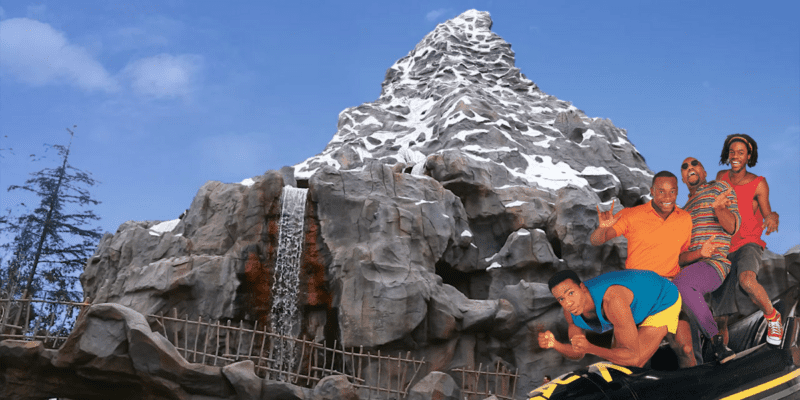 Fans want a hilarious 90s film to take over a classic attraction at Disneyland Resort. Is this idea completely crazy or totally cool?

Disneyland Resort sees several attractions receive different seasonal overlays throughout the year. The most popular seasonal overlay happens every Halloween at Disneyland’s Haunted Mansion, as Jack Skellington impersonates Sandy Claws and brings ghoulish delight to the Mansion with new scenes inspired by Tim Burton’s The Nightmare Before Christmas (1993). Other popular seasonal overlays include “it’s a small world,” which becomes the “it’s a small world” Holiday in November; Guardians of the Galaxy – Mission: Breakout! that turns into Guardians of the Galaxy – Monsters After Dark during Halloween; and Space Mountain jumping into hyperspace as Hyperspace Mountain, often in May.

While these overlays bring even more seasonal magic to Disneyland Park and Disney California Adventure, fans propose an all-new overlay for a popular attraction.

Redditor u/Jordaneer shared an idea that could either be completely crazy or totally “cool,” suggesting a temporary overlay for Matterhorn Bobsleds at Disneyland Park, commenting that it is “unironically a fantastic idea.” The idea reads:

Oh, wait they DO have one. So why don’t they do it? Come on Disney, do it! You could put a rasta hat and dreads on the yeti.

While this wild overlay sounds fun, especially for those of us who grew up watching Cool Runnings (1993) starring John Candy, Leon Robinson, Doug E. Doug, Rawle D. Lewis, and Malik Yoba, the overlay will not likely come to Disneyland Resort for several reasons. One of them is the fact that the film is not as popular with the younger generations, making it complicated to make the attraction appealing to Guests. Another is the time and work required to bring a practically new attraction to life by Disney Imagineers and all the crews involved, making the project a much larger endeavor than one would think.

While we may not see the Jamaica national bobsleigh team around the Matterhorn anytime soon, thinking of the possibilities that could come to the attraction and remembering the hilarious film that, at the time of its release, was the highest-grossing live-action film released by Walt Disney Pictures

For those unfamiliar with Cool Runnings, the synopsis of the film reads:

Based on a true story, this is the comedic saga of four Jamaican athletes going to extremes to compete as bobsled racers at the Winter Olympics. With few resources and virtually no clue about winter sports, it’s an uphill course for this troupe from the tropics who are sliding on thin ice as they go for the gold in Calgary, Canada. Refusing to let anything stand in their way, these four Jamaicans enlist the help of a down-and-out ex-champion American slider named Irv. Unavoidably drawn back to a sport he had come to loathe, Irv is faced with coaching a team of complete novices. But once committed, he is determined to turn them around and to somehow right the wrongs of his own failed career. It’s a bumpy ride but with pride, determination, and dignity, the bobsledders make their impossible dreams come true.

If you could bring a seasonal overlay to one Disneyland attraction, what would it be? Tell us your ideas in the comments below!