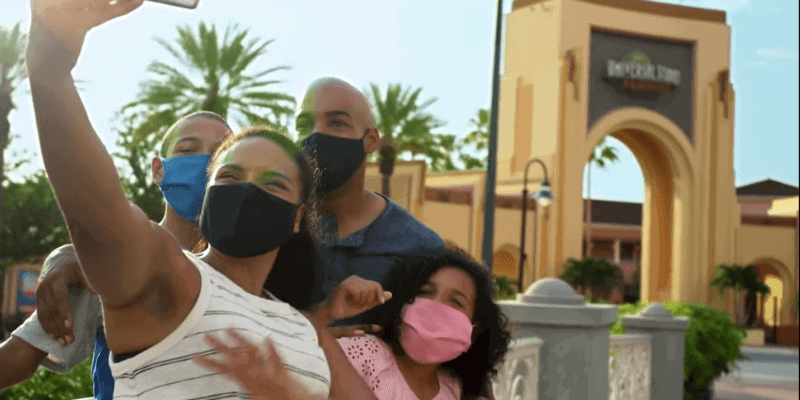 It’s no secret that a Theme Park vacation is expensive. Between necessities like flights, hotels, food, and tickets, upgrades like Express Passes, and special events like Halloween Horror Nights, families should prepare to spend thousands on a visit to Universal Orlando Resort.

Related: New Minions Attraction at Volcano Bay Could Open Sooner Than You Think

While most Guests are prepared for these costs, some Universal Studios fans say the Theme Parks are taking advantage of Guests by charging too much for a necessity: lanyards.

At Walt Disney World Resort, Guests use lanyards for pin trading. Most Guests have a MagicBand for their tickets. But at Universal Orlando, tickets are almost exclusively paper or plastic cards, meaning that every Guest needs a way to keep track of their Theme Park ticket. Most use lanyards, which Universal Studios Florida and Universal Islands of Adventure fans say are unnecessarily up-charged.

Related: Inside the Magic of CityWalk at Universal Orlando Resort

“Lanyard Prices Are Crazy,” Reddit user u/coreynyc wrote. “$21 minimum for the lanyard and the separate holder. We did not buy them for my family of 4. In comparison, we had Legoland passes for the last year and they gave us free lanyards. The few special and/or replacement ones they sold in their store are $6 (before pass holder discount).”

On top of the lanyard price, Universal Orlando Resort charges extra for the plastic card holders most Guests need to hold their tickets. “A lanyard is a connivence but it’s a borderline necessity as a pass holder. UO should give a basic one for feee and if someone wants to add some flair, the upcharge shouldn’t be $21+,” the fan argued. The post received dozens of votes of support and comments.

“When I went in August, I left my lanyard at home and was like oh I can just buy another one,” u/onepmtues wrote. “Boy was I p*ssed when I saw I had to buy the lanyard and pouch separately. Never making that mistake again.”

“The lanyards were disgustingly expensive,” u/Boredpanda31 agreed. They recommended buying lanyards and pouches on Amazon instead.

If you forget to purchase a lanyard ahead of time, you might be in luck. u/SpacePolice04 recommended checking the ticket windows, where Universal Orlando Resort occasionally sells last season’s lanyards at a discount.

Others said they didn’t see lanyards as necessary and simply kept their tickets in their wallets or phone cases. But most fans agreed that Universal Orlando Resort should lower lanyard costs.

Do you think lanyards are too expensive at Universal Orlando Resort or Universal Studios Hollywood?