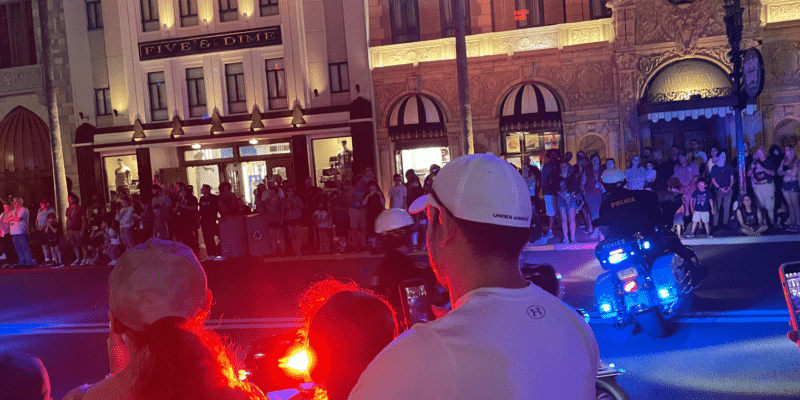 At Universal Orlando Resort, Guests are clamoring to get that New Orleans fill during the Mardi Gras celebration currently taking place at Universal Studios Florida. Since the pandemic began, this is the first year that Universal is celebrating Mardi Gras in full force, with the return of concerts as well as the Mardi Gras parade which allows Guests to climb aboard the stunning floats, get in costume, and whip beads at other Guests jumping for them on the streets. The festival is a total party, full of Team Members exerting every ounce of energy that they have.

Starting on February 5 and running until April 24, Universal Orlando will celebrate Mardi Gras with many exciting live concerts, delicious food, parades, and much more. The Universal Tribute Store, which has been transformed into a Halloween Horror Nights, Christmas, and Jurassic World-themed store in the past, is now the Mardi Gras Float Factory.

As we noted, one of the most memorable aspects of the festival is The Spectacular Parade. Beginning with a classic New Orleans tradition of cops lining the streets. Guests will see cops drive by on motorcycles, lights flashing, before the floats begin, just as they would in New Orleans. This is likely the one time Guests will see cops driving through a theme park with their lights on for no urgent reason!

The cops have a choreographed movement through the streets, but are likely not trained to handle any serious altercation. Luckily, Universal is equipped with security for that reason.

The Team Members during the event are fantastic, as well as the food and drink options. If you can make it out to the event, we highly recommend checking it out!

What do you think of Mardi Gras at Universal? Have you ever been?