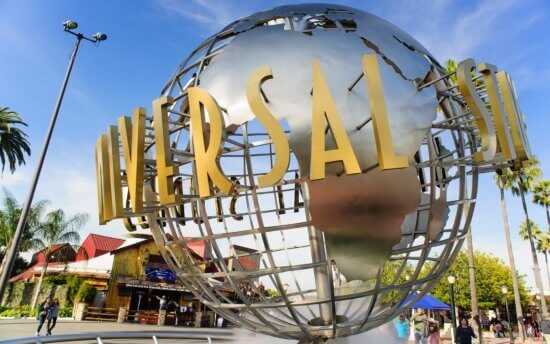 The Kardashian family has been known to take theme parks by storm in the past, including Disneyland and Walt Disney World.

Over the last few months, we’ve seen Kylie Jenner, Kim Kardashian, Khloe Kardashian, and their children frequent the Disney Parks. Earlier this year, a video caught them riding the Teacups at Disneyland completely by themselves, and there was a report that the Disney ride “it’s a small world” was completely shut down for Kylie Jenner when she and her family visited this past spring.

However, it’s not just the Disney Parks that are commonly visited by the Kardashians. Universal Studios Hollywood, as well as Universal Orlando Resort– which includes Universal Studios Florida and Universal’s Islands of Adventure– have also hosted the family many times.

Now, as Kylie Jenner was out of town, father Travis Scott was spotted taking daughter Stormi to Universal Studios Hollywood.

Twitter account @Jackboyflame98 shared photos of the father-daughter duo walking around the theme park and taking in The Flight of the Hippogriff on the front row of the Wizarding World of Harry Potter attraction.

Though Scott was not included in the latest season of Kardashians, he is still a part of the powerful family that has taken the internet by storm. Stormi Webster, the daughter of Scott and Jenner, became a viral TikTok earlier this year.

Universal Studios Hollywood includes a full-day, movie-based theme park and Studio Tour. As a leading global entertainment destination, Universal Studios Hollywood delivers highly themed immersive lands that translate to real-life interpretations of iconic movie and television shows. Attractions include The Wizarding World of Harry Potter which features a bustling Hogsmeade village and such critically-acclaimed rides as Harry Potter and the Forbidden Journey and Flight of the Hippogriff”, the new mega attraction Jurassic World—The Ride featuring the spectacularly realistic Indominus rex dinosaur, and the all-new ride The Secret Life of Pets: Off the Leash! Other immersive lands include Despicable Me Minion Mayhem and Super Silly Fun Land as well as Springfield, the hometown of America’s favorite TV family, located adjacent to the award-winning The Simpsons Ride and DreamWorks Theatre featuring Kung Fu Panda Adventure.

What do you think of these photos of Travis Scott and Stormi at Universal Studios Hollywood? Let us know in the comments!

Comments Off on Kardashian Family Members Take Over Universal Studios