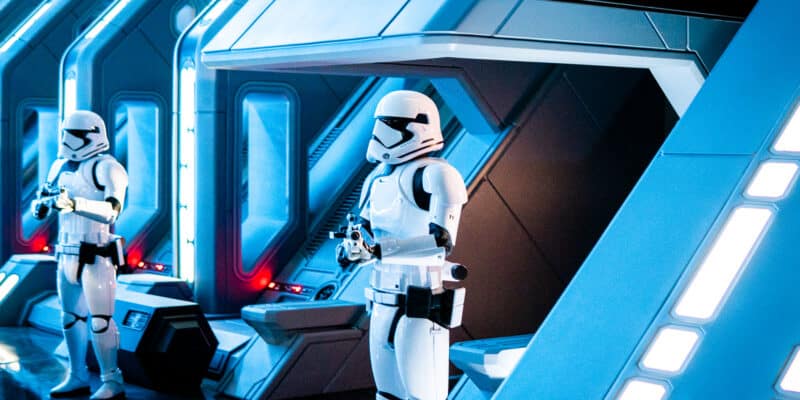 Breakdowns are inevitable when thousands of Guests are boarding Walt Disney World Resort attractions every day. But sometimes it happens more often than Guests would like!

@TraceyM0802 attempted to ride Star Wars: Rise of the Resistance at Disney’s Hollywood Studios three times on Tuesday, with the ride breaking down each time. Eventually, Guests were forced to sit waiting in the queue, which had a posted wait time of an hour and 50 minutes:

When you’re sitting on the ground of @WaltDisneyWorld @StarWars ride, because it broke down like 3 times today. Waiting all day to get on this. Come on Disney. #riseoftheresistance #110minutewait

When you’re sitting on the ground of @WaltDisneyWorld @StarWars ride, because it broke down like 3 times today. Waiting all day to get on this. Come on Disney. #riseoftheresistance #110minutewait pic.twitter.com/UoU99gXuxY

“Come on Disney,” the Guest pleaded. She also shared a photo of Guests waiting in the crowded standby line.

At the time of publication, Star Wars: Rise of the Resistance was back in operation with a 95-minute wait.

Join the Resistance in an unforgettable battle against the First Order on this exciting ride.

Has a Disney Parks ride ever broken down during your visit?