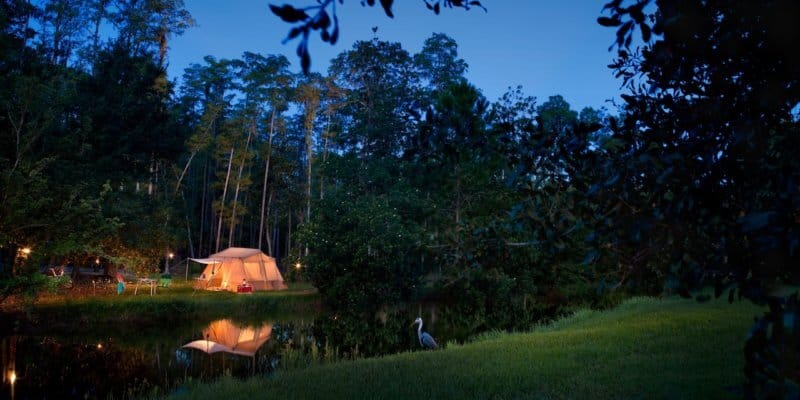 The Disney Parks definitely have their share of legends and traditions, such as the lamp that remains illuminated in Walt Disney’s apartment on Main Street, U.S.A., in Disneyland or the long-standing Candlelight Processional every holiday season at EPCOT.

However, though these traditions are well-known and celebrated, there is one tradition that is still fairly secretive – the shoe tree at Walt Disney World. A recent Disney World Guest noticed this tree and wanted to know what it meant, and the story behind it does not disappoint.

In a new Reddit post, user underworlddjb reached out to see if anyone knew the story behind this tree filled with shoes.

So, there’s a tree of shoes… I have no clue about the story behind it. from DisneyWorld

Commenters explained that this is a Disney tradition for boat captains that operate on Bay Lake and Seven Seas Lagoon.

That’s the Shoe Tree near Fort Wilderness. One of the boat captains told me that when a captain leaves, they retire their shoes here.

I heard it’s quite the honor for retiring boat skippers that operate Bay Lake & Seven Seas Lagoon. They ride out after operating hours on their last day and toss their shoes.

Additionally, there was a TikTok posted by @shieldagent_, serving as proof that this legend told by Cast Members does in fact exist.

It’s official. I sailed the last time on the great Waters of the Magic Kingdom. #disney #watercraft #wdw #cm #shoetree

♬ Legends Are Made – Sam Tinnesz

Several people confirmed this tradition in the comments. Some noted that this wasn’t just for the boat captains or skippers but happened across other Disney lines of business, including recreation. Others confirmed that their shoes should still be on the tree from years past.

@shieldagent_ also confirmed the location that was described in the Reddit thread, saying that it is by the campground, next to where River Country used to be.

If you happen to be visiting the Fort Wilderness Resort at Disney World and want to explore the area of the legendary shoe tree or the waters surrounding it, the Lodge offers different canoe and kayak rentals, in addition to the several recreational opportunities available.

Have you ever seen this tree? What other unique Disney traditions have you heard of? Tell us about it below!