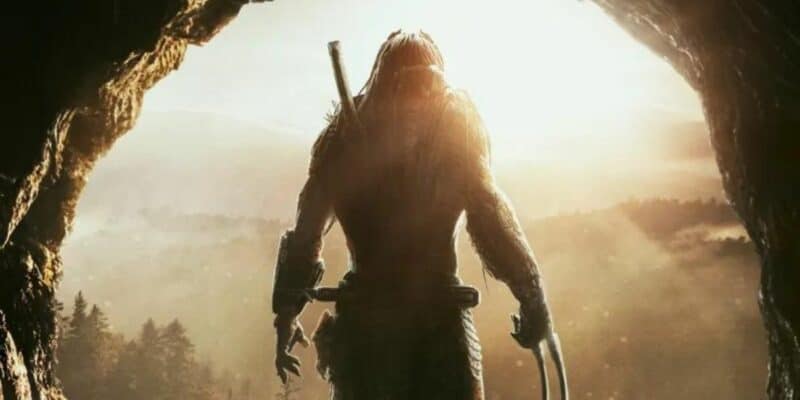 It’s fair to say that Prey (2022) has put the Predator franchise back on the map, having broken records on Hulu and Disney+, while impressing critics. Now, many fans want a Prey sequel (or another Predator prequel), preferably one that takes place in the past like the latest installment.

Perhaps this is the best way to keep things simple where Predator movies are concerned, as many sequels have been a bit all over the place, which has muddied the otherwise solid mythology, with the Alien vs. Predator entries and Shane Black’s The Predator (2018) coming to mind.

Will director Dan Trachtenberg return to helm a Prey sequel? Only time will tell, but for now, here are five historic periods that would serve a Prey sequel very well…

Prey introduces us to a “feral Predator”, one who has never been on Earth until now, and who is far less technologically advanced than the one we meet in the original 1987 film starring Arnold Schwarzenegger. But what if we met one over 1,000 years before even Prey takes place, who boasts a more gladiator-inspired style of armor and weaponry?

Ancient Rome would be a perfect historic period for a Predator/Prey movie, largely because the dreadlocked alien warriors are gladiators in their own right. Perhaps such an installment could revolve around a Predator who has been captured by the Romans and must win back his freedom by defeating worthy opponents on the grand stage of the Colosseum.

The Wild West definitely seems like the logical next step after seeing Predator arrive on the Great Plains of 1719. Who wouldn’t want to see a Predator take on gangs of dangerous outlaws, or engage in deadly stand-offs against hardened sheriffs in dusty old towns? Such a historic period could even answer questions around the flintlock pistol first introduced in Predator 2 (1990).

The gun was more recently seen in Prey, in which Comanche warrior Naru (Amber Midthunder) acquires it from French fur trader Raphael Adolini (Bennett Taylor), whose name is engraved on the pistol. A Predator/Prey movie in the Wild West would also allow for some stunning visuals, not unlike Prey, which was inspired by the Leonardo DiCaprio movie The Revenant (2015).

There’s something thrilling about the idea of seeing Predator arrive on Earth during the Mesozoic era, whether it’s the Triassic, Jurassic, or Cretaceous Period. In other words, the Predator would be facing off against dinosaurs, tens to hundreds of millions of years ago. We highly doubt this is the first time anyone has ever pitched such a concept, but this needs to happen.

The Predators, known also as the “Yautja”, are an ancient sentient species. And if indeed they were around long before mankind ever showed up, it’s likely that they looked vastly different to how they do now. Either way, it would be quite an interesting challenge for filmmakers to create a protagonist in the form of a dinosaur, and one audiences would be willing to root for.

Perhaps it would be more realistic – or more palatable – for audiences to see Predator facing off against a protagonist who can actually speak – to some degree, at least. Enter the Pleistocene Epoch, a period that saw deadly beasts such as the sabre-toothed tiger and the woolly mammoth roam the Earth, as well as Neanderthal Man.

What’s great about the Predator/Prey franchise is that the lore continues to expand with each movie – there are no limits as to when the first Predator may have arrived on Earth. We’re talking about a warrior that has probably studied our planet for eons, and we refuse to believe that at least one of them doesn’t have the skulls of cavemen and such on their trophy cabinet.

Feudal Japan is a historic period that is currently being floated among the fanbase, as many have fan-cast Hiroyuki Sanada as the hero for the next Predator/Prey movie. Sanada previously starred in the Mortal Kombat (2020) reboot as Scorpion/Hanzo Hasashi, however, he has also appeared in movies such as The Last Samurai (2003) and Avengers: Endgame (2019).

Setting a Predator/Prey movie in Japan would also allow the franchise to touch upon yet another culture and geographical location, which, like Prey, would create some distance between the other movies while maintaining that desirable simplistic premise. It would also allow for yet another re-design of the Predator, one that would this time fit in against the backdrop of ancient Japan.

Prey is currently streaming on Hulu and Disney+.

Which historic period would you like Prey 2 to take place in? Let us know in the comments down below!