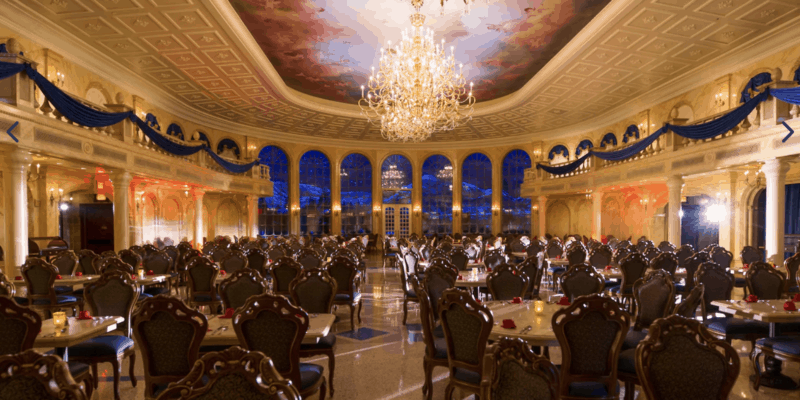 Reddit user u/hannah_liz did everything right, waking up early to secure a wedding anniversary celebration at Be Our Guest in Magic Kingdom. As their October vacation approached, the Guest was alarmed when their reservation suddenly disappeared from their plans on Walt Disney World Resort’s website and mobile app.

Thankfully, the Guest had a confirmation e-mail and contacted the Disney Park to resolve the situation. Unfortunately, they were shocked when the Disney Cast Member said nothing could be done about the glitch that removed their reservation:

“I never got an email that it was cancelled, it’s just gone. My Disney planner (who is amazing) called Disney IT and got pushed around to different departments, to no avail.”

“I hear all the time about Disney going above and beyond to make things right for their guests, I can’t believe that this happened through no fault of our own and we’re just told to figure it out ourselves with no help or apology or anything,” the devastated Guest wrote.

Many Walt Disney World Resort fans told the Guest to visit Magic Kingdom Guest Services with their confirmation e-mail on the day of their reservation to see if any magic could be made.

“This just happened to my cousin two weeks ago. They still had the confirmation email and guest services were able to honor their reservation,” u/actuallivingdinosaur said.

Hopefully, the Disney Parks Guests will be able to celebrate their magical wedding anniversary at Be Our Guest!

This Beauty and the Beast (1991) inspired restaurant opened as part of New Fantasyland in Magic Kingdom in 2012. Greet the Beast as you delight in one of three impeccably-themed dining rooms. Make sure to try The Grey Stuff – it’s delicious! From Disney:

Royal Rooms for Loyal Subjects
Be Our Guest offers 3 meticulously imagineered dining areas, each designed to immerse our Guests in the heartwarming mystery and romance of Beauty and the Beast:

Have you ever lost a Disney Dining Reservation?