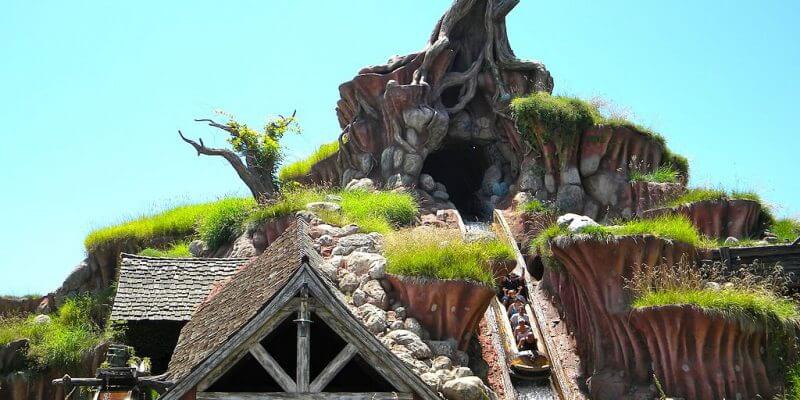 Possibly one of the most iconic attractions ever created also resides at Disneyland as well as Walt Disney World and this ride is sure to soak you, or is it?

The iconic ride is set for an extreme makeover very soon however. Few things are more talked about in the Disney community than the upcoming retheming of Splash Mountain. Announced back in the Summer of 2020, this retheme would turn the quite “problematic” Song of the South (1946) theme into a story based on Disney’s The Princess and the Frog from 2009.

However, everyone knows that you’re bound to get wet on Disney’s Splash Mountain, no matter the theme. One Guest spotted the iconic attraction running without this key element recently and it is such a weird sight!

You can see the post below that includes the full video:

As you can see, the attraction seemed to be activating one of its “water pumps.” This is not the first time we have seen is ride operate without water, juts going to show how amazing Disney Imagineering truly is.

Splash Mountain is a highly-talked-about attraction due to the recent controversy surrounding the ride. Announced back in 2020, Disney officially revealed its plan to retheme Splash Mountain at both Disneyland and Walt Disney World to the theme and story of the animated Disney film, The Princess and the Frog (2009). Although this decision wasn’t popular with some Guests, many are looking forward to experiencing Splash Mountain in a brand new and more inclusive way. No dates have been announced for the project yet. More on that here.

Then, brace yourself for the big finale—this musical cruise ends in a thrilling 5-story splashdown

Comments Off on Guests Spot Disney’s Splash Mountain Without the Water, Ride Emptied